Mayor of London
You are here: Newsroom > News > Why London is the hottest travel destination this summer

Why London is the hottest travel destination this summer 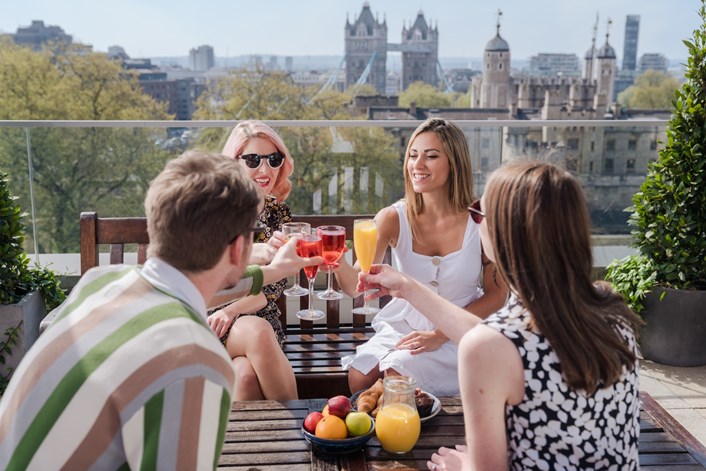 The regal Platinum Jubilee celebrations were just the kick off for London’s endless world-class events not to be missed this summer. From star-studded music festivals and open-air theatre shows to green spaces and rooftop bars and restaurants, there is no shortage of things to do in the UK capital this summer season. Visit London, the official visitor guide to the city, reveals some of the hottest things to do in London this summer.

A headline summer of music and sport

July marks the 10th anniversary of the London 2012 Olympic Games which will see the Queen Elizabeth Olympic Park host a free two-week ‘Celebrating 10 years’ cultural festival (Summer in the Park) featuring fitness workshops, food, DJ’s and live screenings of the 2022 Commonwealth Games sporting action (24th July to 8th August). For a sustainable sporting event, motorsports fans need look no further than the Formula E London E-Prix at ExCeL London this July. In addition to the thrilling races, attendees can expect live music from renowned artists, and a chance to try their hand on a racing simulator with exciting prizes up for grabs. London is also set to host the final of the UEFA Women’s Euro’s 2022 tournament.

There’s no better time than summer for music lovers – with top festivals such as All Points East in London’s Victoria Park and LoveBox in Gunnersbury Park offering headline acts like no other. Notting Hill Carnival, a staple in London’s event calendar since 1966, returns to the streets of West London after a two-year hiatus during the pandemic. Named Europe’s biggest street party, the carnival is a celebration of Caribbean culture in London, typically boasting around 50,000 performers in the parade and more than one million people attending over the weekend.

London was the first city in the world to receive National Park City status and has lots of parks and green spaces to enjoy. Hyde Park, London’s equivalent to New York’s Central Park and the largest Royal Park, is also the largest park in the chain of parks that lead to Kensington Palace. A perfect place for people watching after a fun-filled day in London’s West End, Hyde Park is a popular local spot for picnicking, playing sports and taking daily strolls. Additionally, be sure to check out Regents Park, which features the ZSL London Zoo and an Open Air Theatre which has a summer filled program of exciting shows, including Legally Blonde, Antigone and 101 Dalmatians.

Overall, London is covered in natural scenery from Kew Gardens to London Wetland Centre, both landscaped and naturally grown. For this summer only, visitors to the popular Tower of London can walk among an impressive ‘Superbloom’ of naturally-grown flowers in the tower’s famous moat. See the capital city from a new perspective with some of the best cycle paths in London, most of which take bike enthusiasts through a park or two as well as London’s lesser known spots, Saturday markets, and secret gardens.

For other outdoor entertainment options check out Bar Elba's Rooftop Movie Nights in Waterloo, offering ‘cinema in the clouds’ or visit the iconic Shakespeare Globe and take in classic open-air plays such Much Ado About Nothing, Henry VIII, The Tempest and more. For movie buffs, be sure to check out Scenes in the Square, an interactive trail of statues in Leicester Square where travellers can snap a photo with Paddington Bear, say hello to Harry Potter or sing the famous chorus of Singing in the Rain with Gene Kelly.

Art fanatics can follow The Line sculpture trail in a scenic walk from Queen Elizabeth Olympic Park to The O2. Along the way, you'll be able to spot artworks from famous names including Antony Gormley, Anish Kapoor and Abigail Fallis. Alternatively, visitors can wander the city at their own pace with a London Mural Festival map in hand and spot the works which first popped up as part of the festival in 2020. Another option is to head to Shoreditch to see its large-scale street murals as well as Camden for its canalside artworks. Be sure to make a stop at the graffiti-filled Leake Street Tunnel, the only place in the city where graffiti is 100% legal.

Check out the hottest new openings

Visitors to London this summer are spoiled for choice with endless new openings, launches and events to see. The groundbreaking new ABBA Arena has opened up just in time for the summer, home to an astounding must-see virtual music experience by family-favourite pop group, ABBA. For theatre, The Lion, The Witch and the Wardrobe opens July 18 in the West End adding to a long list of other family options including Lion King, Wicked, Matilda, Harry Potter and the Cursed Child, Mary Poppins, Mamma Mia and Dear Evan Hansen. Additionally London has several new exhibitions that will leave you feeling inspired. There’s Yayoi Kusama’s Infinity Mirror Rooms at Tate Modern, a Summer Lights exhibition at Canary Wharf, Tiffany & Co. Vision & Virtuosity exhibition at the Saatchi Gallery. and Picasso Ingres: Face to Face at the National Gallery. Opening later in the summer, The Victoria and Albert Museum will feature both Africa Fashion and Hallyu! The Korean Wave. Additionally, for Peaky Blinders fans Peaky Blinders: The Rise in The Camden Garrison will open in late June at the Stables Market which allows you to step into the 1920s and the world of the Shelby family in this action-packed immersive theatre experience.

London is home to a number of rooftop restaurants offering sweeping views of the skyline paired with delicious bites and cocktails that are sure to beat the summer heat. Head up to the 14th floor of The Hoxton, Southwark Hotel and gaze out at the stunning views from Seabird, a seafood restaurant with one of London's longest oyster lists. Additionally, Coq d'Argent and its penthouse on top of No. 1 Poultry features beautifully manicured gardens that make it an ideal upmarket alfresco destination. For another option, sit on one of the highest outdoor dining terraces in Europe and sample fusion cuisine combining flavours from Japan, Brazil and Peru at Sushisamba. After a day of browsing the shops at Spitalfields and the vintage stores on Brick Lane, head over to the rooftop at the One Hundred Shoreditch hotel where the palm trees, cacti and pink colour scheme will make you feel like you’ve landed in a summer paradise.

For other outdoor dining options, check out  Whitcomb's at The Londoner Hotel with its elegant outdoor dining space that boasts a French Mediterranean menu, superb wine list and views of London's iconic Leicester Square. Or, settle down for all-day, seasonal specials surrounded by flowers and foliage at Bloomsbury hangout Dalloway Terrace,a haven for Instagrammers due to the eye-catching displays on its outdoor terrace. Alternatively, for a meal by the water, try the most authentic Michelin-starred Italian food in London at River Cafe - the menu at this Hammersmith icon changes daily, but don't miss the here-to-stay decadent chocolate nemesis cake. Another option by the water is to feast on fish and chips or summer salads at The Summerhouse in Little Venice.

According to the latest flight bookings data from Forward Keys, summer trips to London are already in full swing, with arrivals from the US reported as rising sharply in the final weeks of May[1]. London’s attractions have also seen a spike in admissions, with the final week of May seeing 92% of 2019 rates[2].

Laura Citron, CEO at London & Partners, which runs Visit London, said: “London is at its most vibrant and colourful in the summer months. Whether you want to relax alfresco at a rooftop bar, experience live music and theatre in London’s royal parks, or an outdoor art trail, there is something for everyone to discover in London this summer season, no matter the budget. With a range of new openings and the return of some of our biggest and best-loved festivals and sporting events such as Notting Hill Carnival, the UEFA Women's EURO 2022 Final and the incredible ABBA Voyage concert series – there has never been a better time to visit London for your summer city break.”

For more suggestions on all the great things to do in London this summer, check out our summer in London guide on Visit London: https://www.visitlondon.com/things-to-do/whats-on/summer-in-london