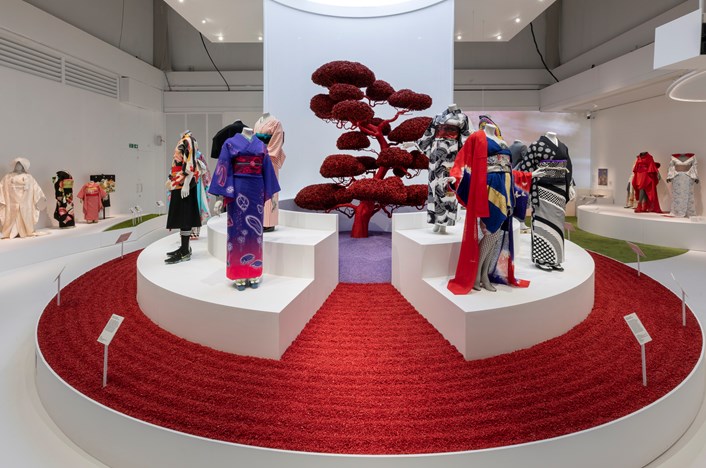 London is home to almost 200 museums (192 to be exact)! As the city’s museums unveil their newest exhibitions, culture-starved Londoners and tourists alike can finally go out and discover the capital’s exceptionally rich history and art. Some of the exhibitions, listed below, require visitors to book both a museum ticket and an exhibition ticket - so don’t miss out and remember to check before setting off.

In 1551, Titian, the most famous painter in Europe, was commissioned by Prince Philip of Spain to produce a group of paintings showing Classical myths primarily taken from the Roman poet Ovid’s ‘Metamorphoses’.

For the first time in over four centuries, Titian’s sensuous interpretation of Classical myths over six paintings will be reunited at the National Gallery. Called by Titian his ‘poesie’ because he considered them to be visual equivalents of poetry, this is a rare opportunity to enjoy some of the greatest paintings in European art.

Tickets to the exhibitions can be pre-booked here.

The first major Andy Warhol exhibition at Tate Modern for almost 20 years, the one-way route at Tate Modern guides visitors through iconic Warhol pop images of Marilyn Monroe, Coca-Cola, Campbell’s soup cans as well as some works never seen before in the UK.

Tickets to the exhibition can be pre-booked here.

Permian Monsters: Life Before the Dinosaurs

Travelling to the UK for the first time, this family-friendly exhibition takes visitors back 252 million years to an Earth that was dominated by extraordinary creatures – Permian monsters.

The Permian period ended with a mass extinction that destroyed 90% of all life on the planet, paving the way for dinosaurs. Fossil skeletons, full-sized models and animatronics bringing the Permian back to life will all be on display.

Tickets to the exhibition can be pre-booked here.

Electronic: From Kraftwerk to The Chemical Brothers

Created to explore the people, art, design, technology and photography that shaped the electronic music landscape, Electronic: From Kraftwerk to The Chemical Brothers is a celebration of the dance floor and all things related.

Covering Kraftwerk’s 50 year history, The Chemical Brothers’ live shows as well as music scenes from Detroit to Chicago, Paris, Berlin and the UK this exhibition will feature over 400 objects as well as 3D shows, visual installations and more.

Tickets to the exhibition can be booked here.

Gauguin and the Impressionists: Masterpieces from the Ordrupgaard Collection

The Ordrupgaard Collection just outside Copenhagen has long been regarded as a treasure trove of Impressionist and pre-Impressionist works. Tracing the Impressionist masters who have helped shape western art, from Monet and Degas to Courbet and Daubigny, the collection was assembled by a wealthy Danish couple with the help of French writer and early champion of Impressionism, Théodore Duret.

The Royal Academy will showcase 60 works from the collection, many never seen before in the UK. The exhibition also presents a unique opportunity to view Paul Gauguin works spanning his career, from Brittany to Tahiti.

Tickets to the exhibition can be pre-booked in advance here.

The V&A’s highly anticipated Kimono: Kyoto to Catwalk opened earlier this year for only two weeks before closing in March. Luckily for those who missed it the first time, the UK’s first major exhibition on kimono has been extended through autumn.

The ultimate symbol of Japan, the kimono is often perceived as traditional, timeless and unchanging. The exhibition counters this conception and presents the garment as a dynamic and constantly evolving icon of fashion. Exhibition highlights include one of Freddie Mercury’s kimonos, alongside a kimono-style dress designed for Björk by Alexander McQueen as well as original Star Wars costumes modelled on the kimono.

London Grads Now will bring together over 150 graduating artists and more than 200 works. While this year’s graduates may have had to sit out on a degree show due to COVID-19 restrictions, visitors to this exhibition can not only support young artists but be inspired by them as well.

Tickets to the exhibit can be booked here.

A philosophy originating in medieval India, Tantra has been linked to successive waves of revolutionary thought, from its sixth-century transformation of Hinduism and Buddhism, to the Indian fight for independence and the rise of 1960s counterculture. From its inception to the present day, Tantra has challenged political and sexual norms around the world.

Elements of Tantric philosophy can be found across Asia’s diverse cultures, but it remains largely unknown – or misrepresented – in the West. Tantra: enlightenment to revolution showcases extraordinary objects from India, Nepal, Tibet, Japan and the UK, and includes masterpieces of sculpture, painting, prints and ritual objects.

Tickets to the museum can be pre-booked here.

Dub London: Bassline of a City

Originally delayed due to COVID-19, Dub London: Baseline of a City will be opening early in October as a celebration of dub reggae music and culture in the capital. From its roots in Jamaican reggae, it has influenced multiple genres intrinsically linked to London over the past 50 years, including punk, post-punk, drum and bass, garage, dub-step, grime and even mainstream pop.

Entry to the exhibition is free. Tickets to the museum can be pre-booked here.

One of Britain’s greatest artists, J.M.W. Turner, lived through some of the most fascinating times in history – including the industrial revolution, Napoleonic Wars, anti-slavery campaigns and the 1832 Reform Act. Unlike many other artists of his time, Turner captured these moments and changes in his art in order to better capture this new world.

This landmark exhibition brings together some of Turner’s most major works from around the world, including ‘The Fighting Temeraire’ (1839) and ‘Rain, Steam and Speed’ (1844).

Tickets to the exhibition can be booked here.

For more things to see and do in London, go to www.visitlondon.com

Visitlondon.com is the official visitor guide to London and is run by London & Partners, London’s international trade, investment and promotion agency. Its role is to promote London internationally as a leading world city in which to visit, study, invest, grow and meet. Its mission is to tell London’s story brilliantly to an international audience.

London & Partners is a not-for-profit company. We are half funded by the Greater London Authority (GLA) and half from other sources including commercial activity. For more information visit londonandpartners.com