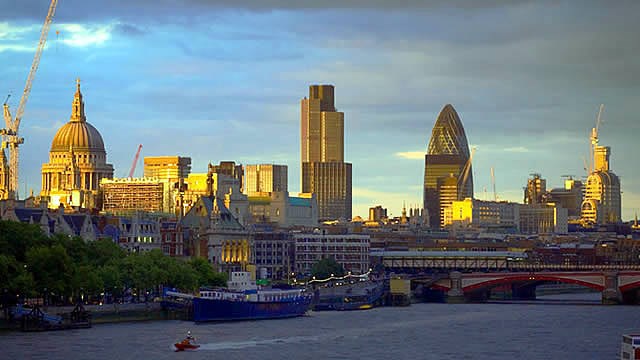 The UK continues to be the leading European destination for international tech investors, with British tech companies attracting almost three times more venture capital investment than any other European country over the past two years.

According to figures from London & Partners, published ahead of London Tech Week, London's tech firms are contributing to the growth of the nation’s digital economy, accounting for over 80% of all venture capital money invested into the UK since the EU referendum vote1.

London’s high concentration of world class tech companies and talent has helped it to remain Europe’s number one destination city for VC funding, with its tech firms attracting over £4 billion of investment – ahead of Paris (£1.14bn), Berlin (£814m) and Stockholm (£542m).

Global tech investors are drawn to London for its strengths in developing the latest cutting-edge technologies, with the UK capital topping the European investment charts for funding into fast growing sectors such as Artificial Intelligence, cyber security and Fintech.

London’s booming fintech sector has attracted over £1.7 billion in funding since June 2016, with major deals for TransferWise (£211m), Monzo (£71m) and a recent £177m Series C funding round for Revolut, making it the UK’s latest unicorn company valued at over $1 billion.

With some of the world’s top universities and graduates, London is leading the way in the development of AI technologies, seeing global investors inject over £400m of venture capital money into London AI companies over the past two years, including major deals for Starship Technologies (£13m) and Realeyes (£12m).

Next week (June 11-17th) London will showcase the very best of its tech offering by opening its doors to the international business community for London Tech Week 2018, Europe’s largest festival of technology and innovation. The city will host over 200 events and welcome over 50,000 entrepreneurs, investors and tech leaders from all over the world.

The Mayor of London Sadiq Khan said: “London is the undisputed tech capital of Europe and today’s figures offer further proof that London remains a leading global tech hub for investors. With world-class universities and a diverse international talent pool, London is a centre for creative energy and innovation.

“London’s tech sector is an important source of jobs and growth for the city’s economy and it is vital that we continue to ensure that we can attract the very best talent and investment from all over the world in the aftermath of Brexit.”

Sherry Coutu CBE, London Tech Week ambassador and angel investor added: “With a high number of scale-ups and high growth companies, it is no surprise to see that London and the UK continues to be a leading destination for international tech investors.”

“From Artificial Intelligence to cyber security, EdTech and GovTech, the UK is home to companies that are leading the way in developing and implementing the latest cutting-edge technologies. This year’s London Tech Week will shine spotlight on London’s mix of thriving start-up and scale-up businesses and a whole range of innovations. It’s a fantastic opportunity for London to showcase itself to global investors, entrepreneurs and tech leaders from across the world.”

Since the beginning of the year, UK tech companies have raised more venture capital investment than any other European tech hub. Over £874m in VC funding has been raised in 2018, with major deals including £71m for London-based fintech company eToro and £25m investment into Redwood Technologies Group.

Further analysis of the findings shows that the United States is the leading source of venture capital funding into the UK with American based VCs pumping over £3.5 billion into UK tech firms since June 2016. The UK remains the leading European hub for US tech investors since the Brexit vote, with German (£1.67 billion) and French (£807m) tech companies receiving less than half the amount of funding seen in the UK.

Separate research released earlier this year by Stack Overflow, the world’s largest developer community, shows that London is a hot bed for tech talent and is home to more software developers than any other European city, with over 250,000 workers across the capital2. Based on analysis of Stack Overflow’s 50 million monthly users, London is the top European hub for professional developers, followed by Paris, Madrid and Berlin.

London & Partners is a not-for-profit public private partnership, funded by the Mayor of

London and our network of commercial partners. For more information, visit: www.londonandpartners.com

London Tech Week is Europe’s largest festival of technology and innovation, bringing together over 50,000 of the best creative and tech minds from all over the world.

The festival will deliver over 200 of live events across the city, showcasing and celebrating the best of tech whilst providing networking, social, learning and business opportunities across the city.

Tech London Advocates is a network of more than 6,000 tech leaders, entrepreneurs and experts in London, across the UK and in over 50 countries worldwide. Proudly independent, private sector-led and not backed by government, Tech London Advocates fundamentally believes that London is one of the world’s leading tech hubs.

Tech London Advocates champions London as a global tech hub and campaigns to address the challenges facing tech companies in the UK.