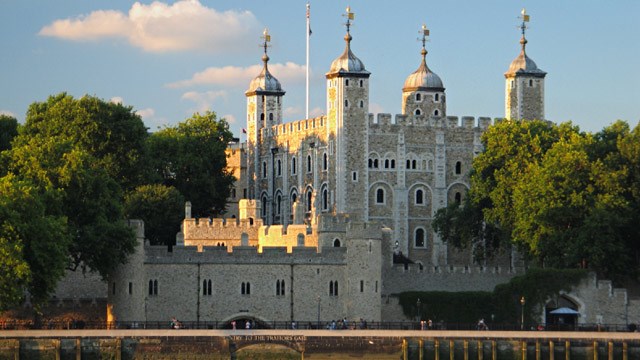 Tower of London has been named as the best-rated landmark in the UK in the Travellers’ Choice Awards for Landmarks.

Tower of London has been named as the best-rated landmark in the UK in the Travellers’ Choice TM awards for Landmarks, announced by the travel planning and booking site, TripAdvisor. The UNESCO World Heritage Site and home of the Crown Jewels, beat out last year’s winner, Big Ben, to claim the top spot. The historic London landmark has also been named the ninth best-rated landmark in Europe and jumped to 15th in the world – despite not making the world’s top 25 list, last year.

This year, in the world list, the Tower of London is honoured alongside the likes of Prague’s Old Town Square and Corcovado Christ the Redeemer in Rio de Janeiro, while ranking above the likes of Athens’ Acropolis, Burj Khalifa in Dubai and the Great Wall of China.

Laura Citron, CEO London & Partners, the Mayor of London’s official promotional agency for the capital said, “London’s iconic landmarks continue to attract and captivate visitors of all ages from all over the world and we are delighted that they have been rated so highly by TripAdvisor travellers.

“The Tower of London is a very special jewel in London's crown so it's great to see the historic palace at number one nearly 1000 years on!”

Travellers’ Choice Landmarks awards honour top landmarks worldwide based on the millions of valuable reviews and opinions from TripAdvisor travellers. Award winners were determined using an algorithm that took into account the quantity and quality of reviews for landmarks worldwide, gathered over a 12-month period.

“This year’s awards show that London’s iconic landmarks remain ever popular with global travellers and those planning a visit this summer would be wise to plan ahead, if they want to beat the queues. TripAdvisor offers skip-the-line tickets for many of the UK’s best-rated attractions, so travellers can book online and spend their holidays seeing the sights, instead of waiting in a queue outside,” commented TripAdvisor spokesperson, Hayley Coleman.

Cambodia’s Angkor Wat has again been named the world’s best-rated landmark, making it the second year running the historic sight in Asia has topped the list.

Located in Siem Reap, Angkor Wat is a temple complex, which was originally constructed in the early 12th century as a Hindu temple of god Vishnu for the Khmer Empire. Towards the end of the 12th century the temple gradually transformed into the Buddhist temple it is today. Angkor Wat is the largest religious monument in the world, measuring an impressive 402 acres.

One of the world’s most-recognisable sights, Cambodia’s Angkor Wat is a magnificent temple complex originally constructed as a Hindu temple that gradually transformed into a Buddhist temple towards the end of the 12th century. Today, travellers can spend the day exploring the many temples of this UNESCO World Heritage Site, also the world’s largest religious monument. “The buildings of Angkor Wat are truly magnificent. Together they give a glimpse of what it must have taken to become one of the most influential civilisations in South East Asia,” noted a TripAdvisor reviewer.

Surround yourself with the impressive Renaissance Revival and Spanish architectural elements of Seville’s Plaza de Espana. Built in the late 1920s to host the Ibero-American Exposition World Fair, this stunning landmark boasts pavilion buildings, gardens and a moat, drawing both locals and travellers alike. “This is a must visit for sure. The architecture and detail is simply stunning. Really very spacious and so much of interest everywhere you walk,” commented a TripAdvisor reviewer.

Abu Dhabi’s Sheikh Zayed Mosque is as magnificent as it is grand. Constructed over a 10-year period at the turn of the 21st century, it is the UAE’s largest mosque – able to accommodate over 40,000 worshippers. The mosque’s stunning white exterior and endless marble mosaics, alongside its many unique architectural features make it a unique landmark to explore. “The architecture here is amazing. Definitely go in the late afternoon and wander around until the sun sets - this is when the whole Mosque is lit up,” advised a TripAdvisor reviewer.

UNESCO-listed St. Peter’s Basilica is an Italian Renaissance church and the papal enclave within the city of Rome. Built between the 16th and 17th centuries the church is regarded as one of the holiest Catholic shrines – drawing large audiences for the Pope liturgies throughout the year. “This church is lavish in the extreme. Be prepared to marvel at it from the second you walk in. Even if you’re not someone who visits churches - visit this one,” noted a TripAdvisor reviewer.

Discover the magnificent interior of the Mezquita, Cordoba’s iconic cathedral-mosque. Immerse yourself in the beauty of the Moorish landmark’s architecture, inspired by Mudejar, Renaissance, Baroque and Byzantine periods. “If you are within a thousand miles of Córdoba this is a must see treasure to visit,” commented a TripAdvisor reviewer.

Experience one of India’s most beautiful sights with a visit to its most iconic – the Taj Mahal. The UNESCO-listed ivory-white marble mausoleum on the banks of Agra’s Yamuna River was commissioned in 1632 by the Mughal emperor, Shah Jahan, to house the tomb of his favourite wife. The landmark is a wonderful example of Mughal architecture and draws millions of visitors every year. “I visited at sunrise and it was more beautiful to the naked eye than I could ever have imagined. Although it's been photographed a zillion times, there is simply no substitute for seeing it for oneself,” commented a TripAdvisor reviewer.

Built over the course of six centuries, Milan’s iconic Duomo di Milano captivates visitors with its elaborate design, pink-hued marble façade and its sheer size. Awe at the art, history and legends of Italy’s largest cathedral. “The rooftop is even better than the interior since you get to have a complete panoramic view of the entire city. Tip – book your ticket online, first visit the rooftop using the stairs and then get to the interior of the church using the elevator. This way you can skip the long queue,” commented a TripAdvisor reviewer.

A little over a mile offshore in San Francisco Bay, “The Rock” operated as a federal prison from 1934-1963, housed famous inmates such as Al Capone and Whitey Bulger and inspired numerous novels and films. Today, travellers can take remarkable tours offering historical insights including a first-hand look at the prison cells and grounds. “A visit to Alcatraz is a must when visiting San Francisco. For the history of the prison and famous escapes, of course, but also for the island itself and its beautiful gardens and view of the city,” noted a TripAdvisor reviewer.

Spanning 4,200 feet, this famous suspension bridge connecting San Francisco and Marin County is one of the most stunning landmarks in the world. Travellers can take in the breathtaking views of the bridge and bay with a leisurely walk across or on one of numerous popular bike tours. “Make sure you walk or ride a bike over it for the full experience! There are several look outs and each give a different prospective of the bridge and city,” commented one TripAdvisor reviewer.

Top-rated experience: 3-Hour Bike Tour from San Francisco to Sausalito via the Golden Gate Bridge – tickets start from £26.30, per person.

Built in Gothic Revival style (with elements of Renaissance and Baroque style), the Hungarian Parliament Building stand grandly along the banks of the Danube River. Despite its recent construction – it’s just over 100 years old – it is the world’s third largest parliament, boasting nearly 700 rooms and over 20 kilometres of stairs. Today, it remains home to the Hungarian parliament, though visitors are able tour portions of the buildings. “Beautiful building. Worth seeing both in the daylight and at night when it's illuminated - the best view of Parliament is from the opposite side of the river,” commented a TripAdvisor reviewer.

TripAdvisor is home to more than 100,000 bookable tours, activities and experiences worldwide to help travellers unleash the full potential of their trips.

For the complete list of winners from the 2018 Travellers’ Choice Landmarks awards, as well as reviews and candid traveller photos, go to www.tripadvisor.co.uk/TravellersChoice-Landmarks.

Prices for experiences may vary due to seasonality.

TripAdvisor, the world's largest travel site*, enables travellers to unleash the full potential of every trip. With over 630 million reviews and opinions covering the world's largest selection of travel listings worldwide – covering approximately 7.5 million accommodations, airlines, experiences, and restaurants -- TripAdvisor provides travellers with the wisdom of the crowds to help them decide where to stay, how to fly, what to do and where to eat. TripAdvisor also compares prices from more than 200 hotel booking sites so travellers can find the lowest price on the hotel that's right for them. TripAdvisor-branded sites are available in 49 markets, and are home to the world's largest travel community of 455 million average monthly unique visitors**, all looking to get the most out of every trip. TripAdvisor: Know better. Book better. Go better.

The subsidiaries and affiliates of TripAdvisor, Inc. (NASDAQ:TRIP) own and operate a portfolio of websites and businesses, including more than 20 travel media brands: