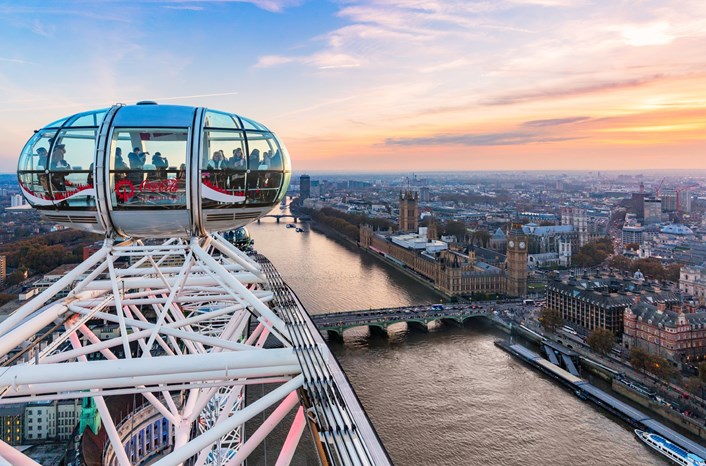 From a company that is developing AI cancer diagnostics to help doctors radically improve patient outcomes, to a business that is on a mission to democratise robotics - disruptive tech start-ups from the UK will touch down in San Francisco today to uncover how to make impact in the US.

The 17 companies were handpicked and invited personally by some of Silicon Valley’s biggest investors and experts who have already successfully scaled businesses in the US and internationally.

Over the course of five days (30 Sept – 4 Oct), and as part of the Mayor’s International Business Programme (MIBP), the start-ups will get an exclusive insight into what it takes to be a success across areas such as fundraising, marketing and mentorship as well as advice on how to embrace the Valley’s “nothing is impossible” attitude.

The Disruptive Tech Mission organised by London & Partners (the Mayor of London’s international promotional agency) will join the ‘Brits by the Bay’ program in San Francisco, set up by GBx, the private network for successful British entrepreneurs and senior British tech executives living in the Bay Area.

The program starts in San Francisco for 3 days before heading to Seattle for 2 days for more networking, workshops and events in collaboration with Greater Seattle Partners.

The mission is a precursor to the Silicon Valley Comes to the UK (SVC2UK) Summit set to take place in London, Oxford and Cambridge from 18-20 November.  Now in its 13th year and originally cofounded by Reid Hoffman, Sherry Coutu and Arlen Levy, SVC2UK brings together some of the world’s best entrepreneurial talent from UK and Silicon Valley to discuss issues that will change the world.

Over the past ten years, Silicon Valley has dominated the start-up investment landscape, receiving over $110bn worth of venture capital and private equity funding. However, London is also showing strong growth, attracting $34.2bn in growth capital, more than three times the amount of total funding received by other tech hubs such as Paris ($8.9bn), Berlin ($9.1bn) and Tel Aviv ($3.5bn). *

Silicon Valley (32) and London (16) also lead the way for the number of start-up IPOs over the past ten years when compared with the likes of Berlin (5), Paris (4) and Tel Aviv (4).

The two tech hubs are increasingly creating companies across some of the most exciting areas for innovation, with almost half (47%) of all start-up companies in Silicon Valley and London falling into seven fast growing technology sectors:  MedTech, Fintech, AI, Gaming, AdTech, Cybersecurity and Smart Cities.

British companies taking part in the trip include:

London and Silicon Valley are also at the forefront of developing new ideas and innovations, with research showing that both hubs have seen a marked growth in the volume of patent applications for new technologies and products across the seven key sectors identified in the report (Fintech, AI, MedTech, Cybersecurity, Gaming, Smart Cities, AdTech).

Fintech is the dominant area for investment across both hubs – London fintech companies have raised $9.3bn over the past 10 years, with investment levels reaching a record high of $2.3bn in 2017

“We are delighted to be welcoming London’s leading fast-growth scaleups to San Francisco and Seattle. The West Coast is home to two of the world’s leading centres for innovation and disruption, and the birthplace of some of the most impactful global technology companies.

“The exceptional start-ups on this trip are emboldened with drive to innovate, take risks and change the world, and are part of a hyper-connected eco-system; the culture and spirit of which is part of the special DNA in the region. There is great kinship between London and San Francisco and Seattle in the respective cities’ openness, energy, vibrancy, ideas, collaboration and exceptional talent. We look forward to new ideas being conceived”