Mayor of London
You are here: Newsroom > News > Record six months for VC investment into London and global fintech sector 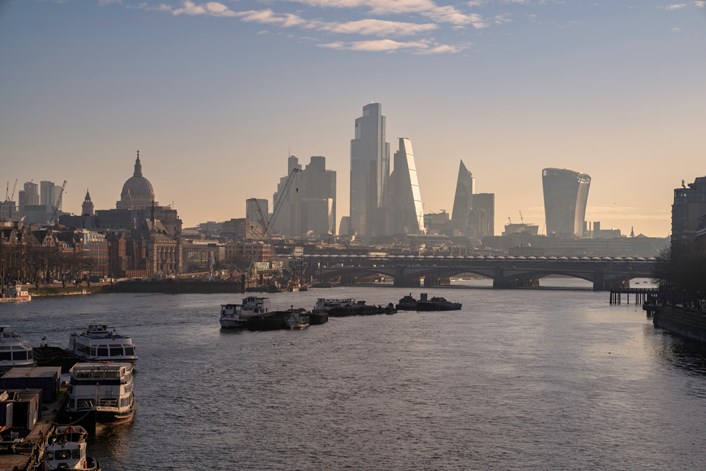 The bumper start to the year for VC funding sees the UK capital further cement its position as a global fintech hub, with investors pumping $5.3bn into London-based fintech companies – an increase on all previous full year investment figures for London’s fintech sector and over 2.5 times more VC investment than any other European city. Investment into London’s fintechs in the first half of 2021 is 2.4 times greater than during the same time period in 2020, showing investor confidence returning as the UK economy starts to recover from the global pandemic. London ranks second on the worldwide list for fintech VC investment so far this year, slightly ahead of New York ($5.2bn) and behind San Francisco in first place ($7.2bn).

As coronavirus drives the accelerated adoption of fintech products and services, global investment into fintech has also reached new heights this year. Fintech VC investment globally was $54.1bn between January and June, overtaking the total amount raised in both 2020 and 2019 and just ahead of the $54.0bn in 2018.

The new findings also show a sharp increase in access to later-stage funding for London fintech companies, with almost two thirds ($3.4bn) of the $5.3bn raised in 2021 coming from funding rounds over $100m, including $2.3bn across six $250m+ deals. Mega funding rounds for London-based fintech companies increased VC investment levels for UK fintech too, with British fintech firms raising $5.7bn in 2021 so far. Some of the largest deals involving London companies included a $478m Series C funding round for payments firm SaltPay, a $450m deal for payments unicorn company Checkout.com, a $350m Series D round for insurtech firm Bought by Many and a £322m Series D round involving some major institutional investors for Starling Bank.

The research has been released to coincide with Fintech Week London starting next Monday, bringing together leading fintech companies, financial institutions, decision makers and investors to discuss topics including digital identity, open banking, and the next big things in fintech.

Allen Simpson, Acting Chief Executive at London & Partners said: “It has been a brilliant start to the year for investment into London’s fintech sector, demonstrating the resilience of the sector and the importance of fintech to the city’s economic recovery. Investors are showing real confidence in London’s fintech offering as well as in an ecosystem with a vibrant funding ladder, reinforcing the city’s position as a leading global fintech hub and a fantastic place to set up and scale a fintech company.”

Eileen Burbidge, Partner at London VC firm, Passion Capital and HM Treasury Special Envoy for Fintech said: “These new investment figures show that London’s fintech sector is as strong as ever. A record first half of the year for European fintech also indicates investors are increasingly looking at what is going on across the pond from the traditional tech hubs in Silicon Valley. It’s promising to see that London fintech firms are attracting a greater mixture of early and later stage funding rounds – demonstrating the maturity of London’s fintech ecosystem and its position as a fintech leader on the global stage.”

Anne Boden, CEO and Founder, Starling Bank said: “London is a unique place for fintech companies and we set up Starling Bank here to have access to the thriving network of like-minded fintechs and its supportive ecosystem. From the UK capital and our other regional offices we’re helping millions of customers take control of their money like never before, including supporting tens of thousands of businesses across the UK with loans during the global pandemic. Today’s investment figures are a vote of confidence for the UK fintech sector."

London is home to 3,018 fintech companies, more fintechs than any other city globally. As the biggest global fintech cluster, the UK capital is also producing some of the world’s fastest growing fintech companies and is now home to 29 fintech unicorns, second only to San Francisco’s 37. Last month, London-based insurtech firm Tractable became the 100th unicorn in the UK after securing a $60m Series D deal. The new research also identifies 39 future fintech unicorns in London, or futurecorns - companies with a value of between $250m and $1bn - which are on the path to unicorn success. London futurecorns include digital bank Zopa, payments company Curve and pensions platform PensionBee.

Payments still remains the largest fintech subsector globally, with London firms receiving $2bn in funding so far this year, accounting for 40% of the $5bn pumped into European payments startups. While investment growth for payments is not as rapid as into insurtech and cryptocurrency, there has been a string of major funding rounds for London-based payments companies this year, including Checkout.com ($450m), Rapyd ($300m) and SaltPay ($478m). VC investment into London’s banking startups also saw a strong start to the year, with London VC investment four times higher than the next European city, Berlin.

As the world continues to tackle the climate crisis, there are signs of early growth of a new generation of European fintechs focused on green impact, offering environmentally-friendly alternatives to fight climate change. While the green fintech ecosystem is still young, the latest research shows there was an initial acceleration of VC investment into green fintech companies in 2019, followed by 50% growth in 2020. 2021 funding into green fintech companies is also expected to surpass 2020 for both deal count and deal value. London is home to 30% of the 62 green fintech startups in Europe, including sustainable investing app Clim8, the world’s first Net Zero pension provider Cushon and TreeCard, which channels profits from merchant surcharges into reforestation programmes.

Guillaume Pousaz, Founder and CEO of Checkout.com, said: “London was the natural place for Checkout.com to base ourselves when we set up in 2012. The UK offered an innovation-friendly regulatory environment and being in the capital put us at the heart of Europe's largest eCommerce market, with ready access to a great pool of talent. In under a decade, we've grown to be the UK's biggest fintech and one of the largest globally, with a team of 1,300 people across 19 offices worldwide. And with people increasingly transacting online – a trend accelerated by the pandemic – we're set to continue growing strongly to meet the rising demand from businesses for first-class global payments solutions."

Jan Hammer, Partner at Index Ventures, London and San Francisco-based VC firm commented: "Fintech is reshaping the entire financial services industry, and how consumers and businesses interact with financial products.  With a wealth of talent from both technology and financial services sectors, London is in a prime position to capitalise on this transformation. Despite the record growth of investments and recent IPO announcements, fintech still represents a small part of the overall industry, and I expect the pace of activity in the sector to continue."

Romi Savova, CEO at PensionBee said: “It has been fantastic to see so much investment into London fintech firms. The UK is home to some of the world's leading technology companies and we were thrilled to float in London earlier this year. The COVID-19 crisis has accelerated the shift to digital, creating significant opportunities for growth – we look forward to seeing further disruption within the fintech industry for the benefit of consumers.”