You are here: Newsroom > News > Mayor to take message to Europe that ‘London is open’

Mayor to take message to Europe that ‘London is open’ 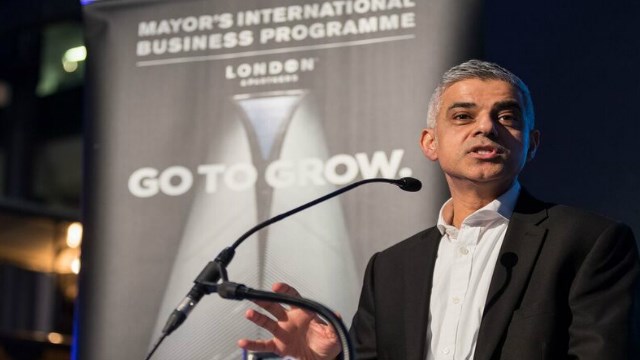 The Mayor of London, Sadiq Khan, has announced he will visit five major European cities next month to declare that the capital remains the number-one destination for investment, business and tourism, and to discuss London’s needs from the Brexit negotiations.

Shortly after the Government is expected to trigger Article 50 and begin formal negotiations with the EU, the Mayor will visit Berlin, Brussels, Paris, Madrid and Warsaw over six days in March to strengthen the historic economic, business and cultural ties London shares with its European neighbours.

Sadiq will use the trip to make it clear that London continues to welcome people from across the world to work, study or visit. His 'London Is Open' programme is expected to include meetings with senior politicians, city leaders and business leaders.

Talks are expected to cover London’s needs from the Brexit negotiations and key issues that the capitals have in common with London, including air quality, the night-time economy and the need for greater social integration. There will also be discussions of the importance of joint security work in the aftermath of Brexit, to help keep London and Europe safe from terrorist attacks.

In Brussels, Sadiq will meet with senior EU representatives and deliver a keynote speech, in which he is expected to lay out London’s requirements from the Brexit negotiations and argue that London and other European cities will need to work closer together than ever before in the aftermath of BREXIT.

He will tell senior business leaders he will meet on the trip that, despite Brexit, London will remain the best city in the world in which to do business. The Mayor will point out that the flow of ideas and talent into London from overseas has always been the key to the cities’ success, and say that not only are visitors welcome in London but they are celebrated for the many contributions they make.

The Mayor of London, Sadiq Khan, said: “I want to take the message directly to Europe that London will always remain open to engaging, trading and doing business with our friends across Europe. Our connections on the continent are more important than ever before and, regardless of Brexit, we will continue to work closely together for our mutual benefit.

“I promised to be the most pro-business Mayor this city has ever seen and it is vital that we demonstrate to our partners overseas that despite Brexit we remain open to business, investment, talent and ideas. London will remain the best place in the world to do business and our collaboration with other major European cities will not cease.”

Sadiq will confirm his plan to travel to Europe while speaking at an event for participants in the Mayor’s International Business Programme – an initiative to help London-based companies with growth and export opportunities overseas. Representatives of companies on the programme will accompany the Mayor to Berlin, Paris and Madrid. Sadiq will help some of London’s fastest-growing businesses from the life sciences, technology and urban sectors to drum up new trade opportunities.

Last September the Mayor led a trade delegation of 30 fast-growing companies to the United States to strengthen business links between London, Chicago and New York. The start-ups accompanying the Mayor met with investors, business leaders and entrepreneurs, generating investment and trade opportunities for London.

As a direct consequence of the visit several of those companies are now negotiating deals with major US clients and one London business has already doubled its US revenue following the trip.

Sadiq Khan added: “The companies which have taken part in my Business Programme are globally focused and outward looking and have helped forge new trade deals, new partnerships and links with cities overseas. By scaling up their businesses across international markets they show exactly how London is open, innovative and at the forefront of global business, tech and finance. I am determined to continue to help them make inroads into new markets and look forward to working with them across Europe in March.”

ABOUT THE MAYOR’S INTERNATIONAL BUSINESS PROGRAMME

The Mayor’s International Business Programme, is a £5million programme part funded by the European Regional Development Fund (ERDF), aims to support high-growth companies in the life sciences, technology and urban sectors to increase their export success across a range of key markets in Europe, Asia and North America.

The three year programme, which will target 800 companies, is being led by London & Partners, the Mayor’s official promotional agency, in partnership with KPMG, PA Consulting, BDO, Benoy and London Chamber of Commerce and Industry.