Mayor of London
You are here: Newsroom > News > London’s MICE industry continues to innovate with new openings in 2022 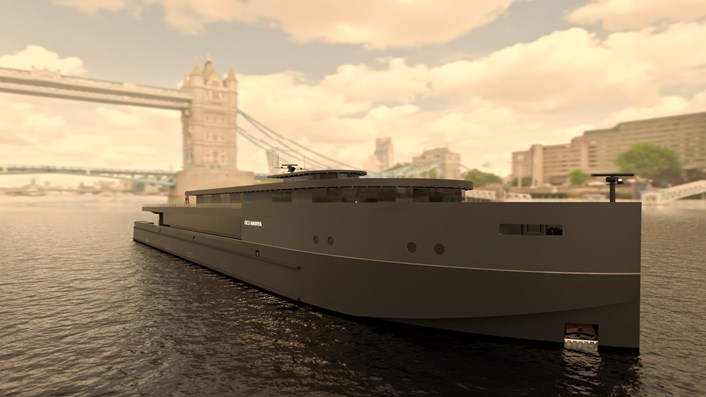 6th October 2022, London London’s MICE industry continues to go from strength to strength in 2022 with an impressive roster of new openings and developments. The UK capital’s events industry has bounced back strongly from the pandemic with a raft of new hotel, venue and infrastructure investments in recent months.

According to latest data from the London Convention Bureau, London has seen 52 new hotels openings (7,632 additional rooms)i in the past 2 years, providing a significant increase in choice to event planners and business travellers. Hotel investment into the UK capital remains strong as the city’s recovery gathers pace, with 17 hotels having opened their doors in 2022 aloneii.

The horizon looks even brighter beyond 2022, with as many as 439 hotels already in the pipeline. These new accommodation options will significantly boost London’s hotel capacity, equating to an additional 40,745 roomsiii for guests to enjoy their stay in the UK’s capital city.

Appetite from global travellers to visit London also remains high, as the city ranks as the number one destination for travellers from the Asia Pacific, Europe, Middle East and Africa and second globally for North American travellersiv. As business and leisure travellers return to the skies, summer occupancy in London’s hotels was at the highest rate seen since the pandemic, with occupancy peaking at 83% in June 2022v.

The data has been released to coincide with IMEX America 2022, where the London Convention Bureau will be joined by 21 organisations from the UK capital to showcase the very best of the city’s MICE offer.

London is not only open for business, but also boasts a substantial array of new and innovative venues and locations to look out for.

Set to launch in autumn 2022, Oceandiva London, will be the largest floating event space and first CO2 neutral event venue on the river Thames. Spanning across 3 decks, this unique blank canvas venue provides clients the ability to host large-scale events on the river, whether static or sailing in the heart of the city. Another of London’s biggest new innovations this year is Outernet London, ‘a billion-pound immersive media, music and culture district’ located in the heart of the West End. The new venue will house a huge selection of event spaces including Outernet Live, the largest live events venue to be built in central London since the 1940s, which boasts 23,000 sq. ft. of floor-to-ceiling 16k screens.

The city’s best-loved event spaces are also reinventing themselves with attractive new offerings and experiences to meet the needs of the world’s event planners.

ExCeL London recently announced a 25,000 sqm expansion to the east of the current venue, set to create new state-of-the-art convention facilities, exhibition halls and conference rooms, together with new outdoor spaces, all helping to put London at the forefront of the global events industry. This expansion runs alongside ExCeL London’s commitment to reaching net zero by 2050, having just recently been certified as a carbon neutral venue.

Olympia London, one of London’s most iconic event spaces, is also undergoing a £1 billion redevelopment set to transform the venue and surrounding areas by 2024. A staple in London’s event scene for over 135 years, the regeneration at Olympia London will majorly enhance the experience with new entertainment, dining and accommodation options. Among the new additions is a 4,400-capacity live music venue and a 1,575-seat theatre - the largest new permanent theatre build of its kind to open in London since the National Theatre in 1976. Visitors will also be able to enjoy 20+ cafes, bars and restaurants in a beautiful sky garden with views across London, 2.4 acres of pedestrianised public space and a cycle hub.

2022 and beyond will also see the opening of long-awaited luxury hotels such as Raffles at The OWO (renovated from the former Old War Office on Whitehall), Mandarin Oriental Mayfair and Peninsula London, which will overlook Hyde Park Corner once completed in 2023. Further into 2024, The Chancery Rosewood will open in Mayfair, housed in the iconic former U.S. Embassy on Grosvenor Square.

World-famous venues and hotels such as The Dorchester are also undergoing extensive refurbishments ready to ‘wow’ and welcome guests for enhanced experiences. One of Hilton’s largest properties outside of the US, Hilton London Metropole, has recently enhanced its large-scale event spaces even further with a multi-million-pound renovation. The UK’s first Hilton, which debuted back in 1963 and overlooks Hyde Park, has similarly completed an extensive renovation of its first floor to launch a “new era” of events for the hotel, and is continuing to renovate other areas in the hotel ready for 2023.

Hilton London Metropole has undergone a top to bottom renovation and that London Hilton on Park Lane, after renovating its meeting space, is about to embark on a year-long renovation to cover public space, restaurants and bedrooms.

Sustainability remains a top priority for London’s hotel industry with a number of hotels committing to reaching net zero in the coming years. room2, which opened in January 2022, is the world’s first ‘whole life net zero hotel’, and promises to reduce and rebalance 100% of its carbon emissions from conception through to end-of-life to zero. The ‘hometel’ concept (also the first of its kind in London) merges home and hotel stay experiences while encouraging guests to embrace a sustainable lifestyle.

With 153%vi more flight departures to London in 2022 than 2021, connectivity across the city and rest-of-world further cements London as a global destination. Brand new airline Norse Atlantic Airways has this year launched a daily budget-friendly flight between London Gatwick and New York (JFK), while US airline JetBlue has increased its transatlantic flights with a second route to London Gatwick, flying daily from Boston in addition to New York.

Getting in and around London is now more seamless than ever, with the opening of the brand-new world-class Elizabeth Line this year. The new railway line will reduce travel times for international travellers from Heathrow Airport to key hubs across the city, including the West End, City of London and Canary Wharf. It will also provide faster links with popular meeting venues, such as ExCeL London, with journeys between Heathrow and ExCeL London now taking just 43 minutes. Further plans to extend existing underground transport links are underway and UberBoat by Thames Clippers has also confirmed river buses running from other parts of the UK to London are at a "development stage".

Tracy Halliwell, Director of Tourism, Conventions & Major Events at London Convention Bureau, said: “London is a city that is always innovating and reinventing itself.  It’s fantastic to see the range of new venues, hotels and experiences that have opened in London in the past few months as it brings more choice to event planners and delegates.  The continued investment is also a vote of confidence in the city’s events industry as it bounces back strongly from the pandemic.

"We’re delighted to showcase the very best of London’s MICE offer at IMEX America, alongside of the UK capital’s best new hotels, venues and service providers. As appetite for events and business travel continues to grow, there’s no better time to choose London for a meeting, event or incentive trip.”

Edwin Petersen, CEO, Oceandiva commented: “We have had great success in the Netherlands, Belgium and Germany so we are incredibly excited to launch our first concept in London which we believe will be the hottest venue in the capital. London is undeniably one of the most attractive cities for overseas visitors and we are looking forward to hosting extraordinary celebrations on board. We could think of no better partner to deliver standout events on board the vessel than Smart Group who already operate in some of London’s most iconic venues.”

James Rees, Executive Director for ExCeL’s Conference & Events Team, said: “It is clear to see that the appetite for face-to-face events is back to pre-pandemic levels and has, in fact, returned far quicker than expected. This confidence in the future is one of the key reasons why we’re investing heavily in our expansion programme and London congresses held at ExCeL in 2022 have already experienced a 20% increase in delegate numbers, with international delegates representing 80% of the total attendance.

“We expect this trend to continue, along with increased expectation from organisers and attendees for events to embrace sustainability which ExCeL will support through its carbon-neutral status and focus on use of public transport via the newly opened Elizabeth Line directly connecting ExCeL to Central London and Heathrow Airport.”

The London Convention Bureau will once again exhibit at IMEX America 2022 along with a host of venues, accommodation and service providers from the capital (see a full list below).

All press images can be downloaded here.

Further press imagery can be found on Photos.london.

Full list of partners exhibiting on the London stand at IMEX America 2022 include:

As London’s official convention bureau, we help event professionals, meeting organisers and incentive planners unlock the city and create events to remember. We’re part of London & Partners, the business growth and destination agency for London. Our dedicated, impartial team can help you get the most out of London’s iconic venues, hotels and support services. For more information, visit our website: https://conventionbureau.london/