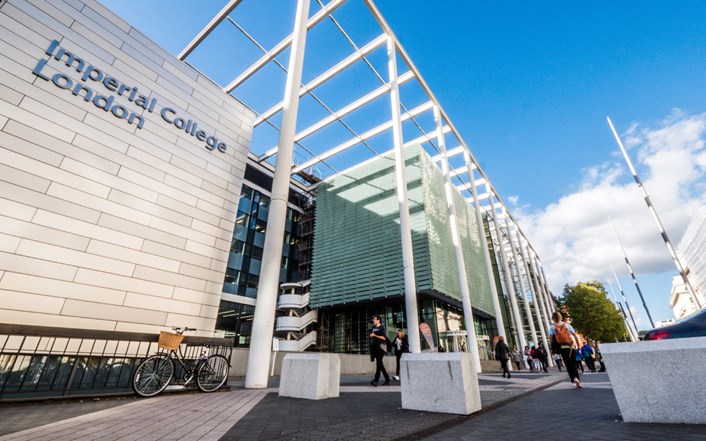 Overseas students are increasingly selecting London as their study destination of choice, with 2018-19 representing a record year for international students in the UK capital in the past decade.[1]

According to new data from the Higher Education Statistics Agency (HESA), the total number of international students grew 5.8%, representing an uplift in overseas students for the 6th consecutive year, reinforcing London’s reputation as a top Higher Education destination on the global stage. [2]

The total number of international students at London’s universities in 2018-19 was 125,035, up 5.8% from 2017-18 and a rise on last year’s growth rate of 5.3%, demonstrating the UK capital’s growing appeal for prospective students.
China remains London’s largest international student market, with 25,650 students enrolled at universities in the UK capital. The US saw growth of 5.8% to maintain its rank of 2nd.

It marks an impressive period of growth for India, which returned to being London’s third largest international student market after falling to fourth position three years earlier. Indian student numbers grew by 34.7% in 2018-19, seeing the largest numbers since 2011-12.
In Europe, both France and Germany maintained their ranks of 5th and 7th with growth of 3.9% and 4.4% respectively.

The news comes after research from the British Council showed that UK universities recruit more international students each year than any other country in the world. These numbers now stand at 286,235, with China sending more students to the UK than any other overseas country in 2018-19.[3]

Applications may have been encouraged by the recent reintroduction of the two-year post-study visa for international students by the UK government, allowing overseas graduates a longer period of time to look for employment after their studies.

London leads the way in university rankings
In September, four London universities were listed in the top 40 in the Times Higher Education (THE) rankings, more than any other city in the world. Universities included were Imperial College (10), University College London (15), London School of Economics and Political Science (27) and King’s College London (36).

Deputy Mayor of London, Rajesh Agrawal, said:
“I’m delighted to see so many young people from across the world choosing London to pursue their higher education. In doing so, they’re becoming part of a global community that has produced some of the world’s most exciting and innovative companies.

With its world-leading universities, thriving business ecosystem and unrivalled cultural landscape, studying in London offers the opportunity to be part of a city at the forefront of creativity and innovation.”

Lalage Clay, Director of Education and Talent at London & Partners which runs Study London, said:
“These new figures are a resounding endorsement of our world-leading universities and our great city. Whether it’s fashion or financial economics, accountancy or art history, prospective international students know when they choose London, they are choosing a first-class education and a cultural experience like no other.

We look forward to welcoming more international students to the capital this year!”

HESA, the Higher Education Statistics Agency, are the experts in UK higher education data and the designated data body for England.

The figures for 2018-19 do not include London South Bank University.

About the THE World University Rankings:

THE World University Rankings is the definitive list of the top universities globally:

About London & Partners and Study London

London & Partners is a not-for-profit public-private partnership, funded by the Mayor of London, European and national funds, our network of partners and other commercial ventures. For more information visit londonandpartners.com

Study London provides overseas prospective students with all the information they need about London’s universities and courses through our one-stop-shop websites studylondon.ac.uk and studylondon.cn. We also promote London’s world class higher education offer through marketing activities online and through events in market, in collaboration with the London Universities International Partnership. studylondon.ac.uk studylondon.cn