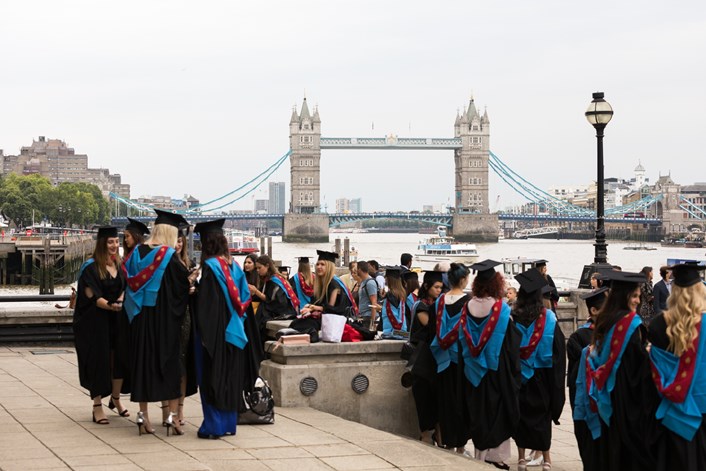 Overseas students are increasingly looking to London as their study destination of choice, with 2019-20 representing a record year for international students in the UK capital and reinforcing the city’s position as a top study choice on the global stage.

According to new data released by the Higher Education Statistics Agency (HESA), the total number of international students at London’s universities has risen to 135,490, up 8.4% on last academic year to the highest level on record. This also marks an uplift in overseas students in London for the 7th consecutive year, demonstrating the UK capital’s growing appeal for prospective international students.

The largest increase was seen by Indian students choosing London, with India rising from third place in 2018-19 to become the second largest international student market this year. The data reveals 13,435 Indian students are enrolled at London universities, up an impressive 87% on the previous year’s 7,185 students. China maintained its first place rank while the US dropped to third.

It marks an impressive period of growth for India, which rose to second place this year, after falling to fourth place in 2017-18 before rising to third place the following year. The 2019-20 figures demonstrate an unprecedented 152% increase on 2017-18 levels.

Applications by Indian students may have been encouraged by the reintroduction of the two-year post-study visa for international students by the UK government, allowing overseas graduates a longer period of time to look for employment after their studies.

Lalage Clay, Director of Education and Talent at London & Partners said: “These new figures are a resounding confirmation of the status of London’s world-leading universities. The astonishing growth of Indian students choosing London demonstrates the great opportunity that studying in the UK’s capital unlocks, alongside the option to remain in the UK for two-years post study. Whether it’s fashion or financial economics, accountancy or art history, prospective international students know when they choose London, they are choosing a first-class education and a cultural experience like no other.”

HESA, the Higher Education Statistics Agency, are the experts in UK higher education data and the designated data body for England.

The figures for 2019-20 do not include London South Bank University.

About London & Partners
London & Partners is London’s international trade, investment and promotion agency. Our purpose is to support the Mayor’s priorities by promoting London as the best city in the world in which to invest, work, study and visit. We do this by devising creative ways to promote London and to amplify the Mayor’s messages, priorities and campaigns. London & Partners is a not-for-profit public private partnership, funded by the Mayor of London and our network of commercial partners. For more information, visit: www.londonandpartners.com