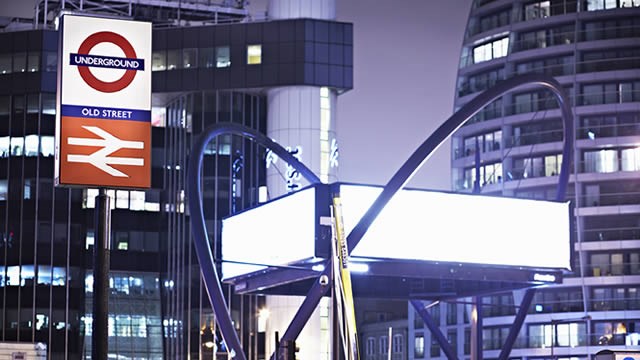 London has topped a ranking for EMEA's largest technology clusters

London has topped a ranking for EMEA’s largest technology clusters, according to research from CBRE, the world's leading real estate advisor. The report EMEA Tech Cities: Opportunities in Technology Hotspots, published today, provides a framework for occupiers and investors to assess the characteristics of technology clusters in economic, leasing and employment terms at regional and city level. The analysis identifies four separate categories of technology cluster in the EMEA region, based on a city’s level, concentration and growth of tech sector employment. This approach reflects the fact that technology clusters are very diverse in their structure, cost base and attraction to specialist technology sub-sectors.

The ranking headed by London, covered capital cities and business centres with more than 70,000 people in tech employment. London’s top position in this ranking is partly due to its ability to attract young millennial talent. Its overall employment in the Information and Communications Technology (ICT) sector has grown by 20% since 2008, with its proportion of ICT employment at almost two and a half times the EU average. London has a strong sub-sector mix with no single activity dominating its employment, reflecting the city’s position as one of the world’s leading technology centres.

Kevin McCauley, CBRE's Head of Central London Research: “It is no surprise that London has topped the EMEA tech ranking. London’s tech credentials enable it to out-shine its peers, with both large and small tech occupiers expanding and looking to secure space in the City.“

Other cities that rank highly in the same category include Dublin (3rd), Budapest (4th) and Bucharest (=10th). The attractors of those cities also differ. Dublin’s success has been supported by strong government investment promotion, particularly toward US companies attracted by the cultural affinity and attractiveness of the city to young talent from across Europe. Budapest and Bucharest, have the advantage of labour cost arbitrage over Western European cities, but this has started to erode in the tech sector as people work remotely and those in the gig economy align their fees to their Western European counterparts.

Two further categories focus on medium-sized of between 20-70,000 tech employees. Most of the high-ranking locations in these categories are either established tech locations, such as the Thames Valley in the UK; places where tech has grown to support other activities, such as Vienna and smaller regional centres supported by a strong tech-university presence such as Basel.
The final category looks at smaller growth clusters, defined as locations with double-digit growth in tech employment both since 2010, and forecast over the next five years. Derby/Nottingham, Florence and Krakow all rank highly in this category. There is less uniformity in this category than in the others. Some cities have grown supporting other sectors, others are low labour cost destinations in CEE and some are second tier cities and regional business centres. Many are cities that are “cool” to work in for lifestyle reasons, rather than having the legacy of an established tech sector.

Stephen Fleetwood, Head of Location analytics at CBRE: “These smaller clusters are perhaps the most interesting of all, as they demonstrate the footloose nature of the tech sector and the critical importance of labour and skills in the evolution of tech cities. Companies that drive this cluster are often not bound by legacy locations, or historical ties to cities or countries and real estate is not their primary concern, but simply an enabler. The question of where to find tech labour is exercising many companies at present, and this grouping includes some non-obvious but increasingly important locations with strong skills credentials.

Richard Holberton, Head of EMEA occupier research at CBRE:
“Labour is not only fundamental to the success of the technology sector, it also has distinctive characteristics including a high incidence of contract employment, greater transparency of rewards and use of online channels both for job-checking and brand development. In addition, talent perspectives are changing, with millennial workers accustomed to taking risks and often not aspiring to work for large brands. Start-ups, where they can take ownership of a product or activity is where they turn to for advancement. Analysis of the characteristics of tech labour markets should be integral to location decisions, and many smaller but fast-growing cities in the EMEA region offer favourable possibilities.”

Laura Citron, CEO London & Partners comments: “We’re delighted to be named Europe’s leading tech cluster in today’s CRBE rankings. London has always been a hot bed for innovation and new ideas and we welcome international businesses and talent from all over the globe. We are home to an exciting mix of companies such as Deepmind, Improbable and TransferWise that are considered world leaders in developing the latest cutting edge technologies in fields such as Artificial Intelligence and Fintech."

"It is really important to us to continue to build closer working relationships with other European tech hubs such as Paris and Berlin. There are lots of opportunities for tech companies across the European continent and by forging closer city-to-city partnerships and collaborations we can help create a culture of openness and creativity that will benefit tech businesses in markets across Europe.”

"London is a truly global tech cluster. Our city’s thriving technology ecosystem is built on the strong foundations of a world-class talent pool and an open culture of entrepreneurialism and progressive thinking. The diversity and vibrancy of our tech community helps to attract the best global talent, investors and high growth businesses. "

London & Partners is a not-for-profit public private partnership, funded by the Mayor of London and our network of commercial partners. For more information, visit
www.londonandpartners.com