Mayor of London
You are here: Newsroom > News > London solidifies its spot as a top global destination for North American travellers in 2022 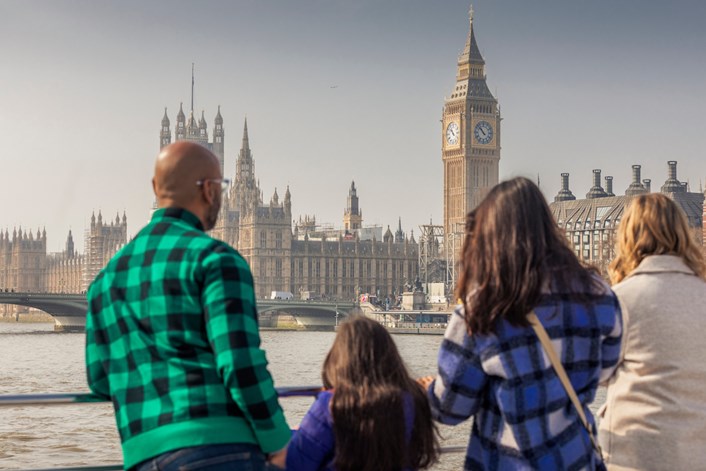 London continues to be one of the top destinations for global travellers, with the UK capital reporting its strongest hotel occupancy numbers and flight bookings since the pandemic. The “it” destination celebrated the Queen’s Platinum Jubilee this past spring with record crowds, top-notch entertainment and royal family sightings. Visitors from North America continue to outpace other international markets, ranking London among the top destinations on their travel bucket list.

According to the latest Traveler Insights Report from Expedia Group Media Solutions, London was the third most booked destination globally in Q2 and the second most booked international destination by North American travellers. London also ranked as the number one booked destination for travellers from the Asia Pacific and Europe, Middle East and Africa regions1. Separate research from ForwardKeys reports that North American travellers are showing a strong appetite for visiting London this Autumn, with flight bookings up by 227% compared with the same time period last year.

The Queen’s Platinum Jubilee celebrations were a major draw for US visitors, with data from Historic Royal Palaces (HRP), the group that oversees six royal palaces across London and the UK, revealing that visitors from the US made up 45% of total ticket sales for the iconic Tower of London in June, up 27% compared to pre pandemic sales.3 According to STR data, London’s hotels saw their highest bookings in June 2022 since July 2019, with a reported 83.1% occupancy4.

The second half of 2022 is poised to continue to see strong visitor numbers from North America with lots of exciting events, festivals, exhibitions and cultural activities for visitors to look forward to. Travellers to London will be able to enjoy cultural and sporting events such as Frieze London, NFL in London, the London Marathon, and concerts by major artists such as Drake, KISS and Swedish House Mafia. Furthermore, London is set to welcome visitors to the city during the most festive time of the year, to partake in events such as Christmas at Kew, Winter Wonderland in Hyde Park, Hogwarts in the Snow at Warner Bros. Studio, the Great Christmas Pudding Race or shop at the many holiday markets and winter pop-ups around the city.

Laura Citron, CEO at London & Partners, which runs Visit London, said: “London has been brimming with energy and excitement and it’s fantastic to see visitors from all around the world returning to our city. So far, 2022 has been a massive year for London which saw us celebrate the Queen’s Platinum Jubilee, as well as the return of major sporting events, festivals, theatre shows and our world-class museums and galleries. We’re seeing a huge pent-up demand for North American travellers to visit London this fall and winter, with lots of opportunities for visitors to enjoy some of our world leading cultural and festive activities for the rest of this year.”

A number of airlines have recently launched new air routes to London making a visit to the city an even easier trip to plan for many. In June, British Airways became the first airline to offer a direct route to London from Portland adding a new route for visitors from the west coast. British Airways also resumed flights from Pittsburgh and San Jose to cater to increased demand. In the first week of August JetBlue flew its inaugural flight from Boston to London. Meanwhile, United Airlines also launched a new Boston to London route in March while increasing frequency of flights to London from Newark, Denver and San Francisco after data showed that London was one of the most booked international destinations, particularly amongst business clientele. In November 2022 Virgin Atlantic will launch its new Tampa to London route just in time for the holiday season. According to latest flight data, on average there are over 100 flights a day from the US to London5.

Major events and happenings such as Frieze London, Wimbledon and London Fashion Week draw affluent travellers who seek out luxury accommodations so it should come as no surprise that a number of luxury hotel brands are opening new hotels in London. One of the most anticipated hotel openings this year is the Raffles London at the OWO which is set to open in late 2022. The former Old War Office on Whitehall has undergone a renovation that will include 120 rooms, 85 residences and 11 bars and restaurants, including a rooftop restaurant and bar with views of The Mall and Buckingham Palace. Also slated to open later in the year Mandarin Oriental Hotel Group announced a new hotel in London’s Mayfair. In addition to a new Mandarin Oriental, the affluent neighbourhood of Mayfair is set to welcome two additional new hotels in 2023. The long anticipated 1 Hotel is slated to open its doors in 2023 with a mission-driven, sustainability-focused design. This year St. Regis Hotels & Resorts announced it will open its first hotel in London with the new property in Mayfair set to open its doors in 2023.

For additional destination and travel information, please go to visitlondon.com

ALL PRESS IMAGERY CAN BE FOUND HERE

ABOUT LONDON AND PARTNERS AND VISITLONDON.COM

Visitlondon.com is the official visitor guide to London and is run by London & Partners, the business growth and destination agency for London. Our mission is to create economic growth that is resilient, sustainable and inclusive.

Visitlondon.com is a comprehensive resource for everything that is happening in London. At any one time, this includes 20,000 event listings, plus content designed to inspire and assist visitors. Visitlondon.com is available in English, French, Italian, German and Spanish. Each month, visitlondon.com attracts more than 3.5m visits and its social media channels have 1.75m followers. For more information, go to visitlondon.com.