You are here: Newsroom > News > London’s connectivity is key to record numbers of business travellers

London’s connectivity is key to record numbers of business travellers 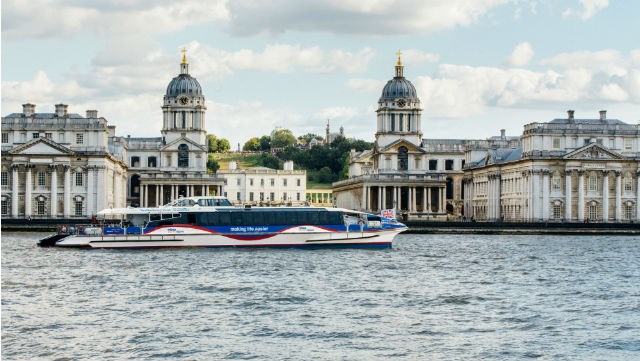 London’s connectivity is key to record numbers of business travellers

London is the best connected city in the world with six airports connecting to more international destinations than any other city - helping bring in record numbers of business tourists.

According to fDi Benchmark, which analyses city business data, the latest figures show that the British capital has direct air connections to 336 destinations around the world, an increase of 5.7 per cent on the previous year[1].

This new data comes as figures from the UK government’s Office for National Statistics International Passenger Survey show that international business visits to the city have grown by 34 per cent over the past five years, with a record 3.7 million overseas business tourists in 2015, accounting for 20 per cent of the total number.

Barbara Jamison, Head of Business Development Europe at London & Partners, said: “When you have delegates coming from all over the world, it is crucial to be able to get them to their meeting or event in the easiest and fastest possible way, or it could have a negative effect on attendance.

“London, with its six airports and its international rail access, makes this possible. Once in the city, the range of public transport, from underground and buses, to boats and bicycles, means it couldn’t be easier to get around.”

Inge Bauwens, Business Development Manager MICE for Eurostar, added: “For more than 20 years Eurostar has connected over 170 million passengers between the UK and continental Europe, revolutionising how people travel from London to Paris and Brussels.

“From the end of this year, our new direct service between the centres of London, Rotterdam and Amsterdam will bring the destinations closer together for leisure and business travellers.

“For those looking to make the journey more memorable, we’ll be extending the opportunity to book an entire coach, perfect for product launches, company days out, events or incentives, and we’ll even help clients brand it with a company logo!”

New transport infrastructure in London is also being developed to keep up with demand and make moving around the city even easier.

Launched last summer, the Night Tube means that if delegates want to spend an evening out in London a number of underground lines run all night long on Fridays and Saturdays, covering key central London locations.

The underground network is also being extended with two new stations due to open on the Northern line in 2020. This will mean that Londoners and visitors will be able to access the scenic Battersea area, home to the redeveloped Battersea Power Station and the soon-to-open new US Embassy much more readily.

Finally, the Crossrail project, also known as the Elizabeth line, is expected to be completed by the end of 2018. This will drastically cut travel time from West to East London, with the journey from Heathrow to ExCeL London being shortened to less than 45 minutes, half the time it currently takes

James Rees, Executive Director, ExCeL London, commented: “The opening of the Elizabeth line will be truly transformational for our clients and the millions of exhibitors, visitors and delegates who we welcome each year.

“The line will provide a direct service to Central London, reducing journey times and allowing visitors to access the whole of the city quickly and easily. It will provide an ‘events super highway’ linking one of the world’s busiest airport at Heathrow to ExCeL London in 44-minutes.

“In between, visitors will be able to access the very best of what London has to offer, with access to more hotels, Michelin starred restaurants and world renowned theatre and shopping, all within record time. We look forward to working with our clients to open up the benefits of Crossrail in the build-up to 2018 and beyond.”

Rachael Boraston, Sales and Marketing Manager at Principal. London DMC, said: "We hear it time and time again from our clients who are as far afield as China, Asia Pacific, North America and Europe: connectivity is key.

“A destination can have the best venues but if delegates can’t get there it simply won’t work. Great connectivity also often translates into cost savings for event planners, and at a time when budgets are tight, this is paramount. Whether it is getting here, or moving around the city, London’s accessibility is definitely a major draw for event professionals.”

It was revealed earlier this week that London had maintained its position in the top 5 of the International Congress and Convention Association (ICCA) rankings, for the second year in a row. The city has moved up the rankings from 19th to its current position in just five years.

London & Partners will once again exhibit at IMEX Frankfurt later this month along with a host of venues, accommodation and service providers. The CVB will be shining a light on the capital’s connectivity with a new brochure which will showcase how easy it is for delegates to come to London and navigate the city.

This summary was produced by London & Partners using data provided by fDi Benchmark.

Source: fDi Benchmark, a service from The Financial Times Limited 2017. All Rights Reserved.

Source: fDi Benchmark, a service from the Financial Times Limited 2017. All Rights Reserved.

London & Partners, the official CVB for the city will be showcasing its new German website -  http://conventionbureau.london/de - along with its German campaign.

London & Partners are working on a two-year German campaign, during which it will collaborate with a number of partners to make organising events in London faster and easier.

London & Partners will be exhibiting on stand F400 with the following partners:

Pictures of London and Barbara Jamison can be downloaded on http://bit.ly/2pvh3uD

The fDi Benchmark group of services from the Financial Times is the most reliable data platform to detect, monitor and analyse the relative strengths and weaknesses of all key investment locations in the world.

fDi Benchmark Services is part of the fDi Intelligence portfolio of investment products and services from the Financial Times Group.