You are here: Newsroom > News > London retains its crown as a world leading startup hub

London retains its crown as a world leading startup hub 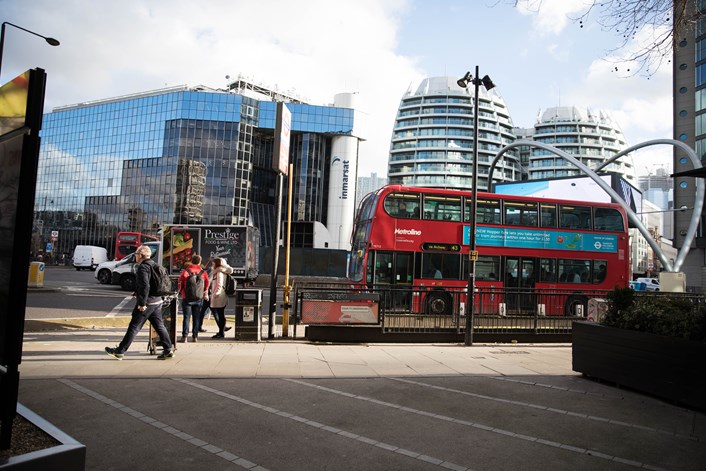 London continues to rank as one of the world’s leading places to setup and grow a tech startup, according to a comprehensive new report from Startup Genome, rating global start-up ecosystems. Launched at London Tech Week, the 2022 Global Startup Ecosystem Report, placed London as the world’s number two startup hub alongside New York, and second only to Silicon Valley.

According to the research, London’s startup ecosystem has demonstrated its resilience despite Brexit and the pandemic, securing the second spot for the third year in a row. The findings also confirmed London’s status as the undisputed tech capital of Europe, with an ecosystem value of $314bn – significantly higher than the likes of Berlin ($94bn) and Paris ($89bn)1.

The report ranks the leading 140 startup ecosystems globally based on seven success factors including talent, market reach and connectedness. Silicon Valley held onto the top spot this year while Boston and Beijing came in fourth and fifth respectively. A number of other UK hubs also featured in the reports ‘Top 100 Emerging Ecosystems’ including: Bristol, Manchester-Liverpool, Birmingham, Edinburgh-Glasgow, Belfast and Durham.

The Global Startup Ecosystem report ranked London highly for access to funding, with the study recognising the UK capital’s strengths for access to early-stage investment and the amount of local investors. Separate research by Dealroom.Co for London & Partners reaffirms London’s healthy flow of risk capital, with fresh data showing that in the first five months (January to May) of 2022, London tech companies have already attracted a record $11.3bn in venture capital funding – more than the total raised in the first six months of 2021 ($10.5B) and any other year previously2.

London’s impressive start to 2022 has been boosted by major funding rounds for some of its fastest growing tech companies, including: a $312m Series G for London fintech, GoCardless; $200m Series D for software payments provider, Paddle; and $100m for online recipe kit firm, Gousto.

Further analysis of the investment data shows that London has so far attracted significantly more venture capital investment in 2022 than any other European city, receiving over double the amount of funding than Paris ($5bn) and Berlin ($2.4bn). The UK capital is also competitive on the global stage, ranking third for total money raised this year behind New York ($15,4bn) and Silicon Valley ($44.5bn).

The Startup Genome report also highlighted London’s strengths in high growth sectors such as Fintech, EdTech and Climate Tech. Investment data from Dealroom.Co supports the findings, with the news that London is the top hub globally for fintech funding in 2022 with $6.3bn raised compared to $5.5bn for second placed, Bay Area. London ranks fourth for climate tech funding in 2022, with London climate tech startups raising $474m, behind the Bay Area, Paris and Boston.

In addition to record levels of funding, London has produced more unicorns startups and billion dollar exits than any other European hub. The UK capital is now home to 80 unicorns, more than the next three European unicorn hubs combined (Berlin, Paris, Stockholm - 78). So far this year, London has added six new unicorns to its total in 2022, including: Paddle, Forterro, Payhawk, Tripledot Studios, Accelerant, and Learning Technologies Group.

Mayor of London Sadiq Khan, said: “London is the undisputed tech and innovation capital of Europe, and this independent report demonstrates that our start-up ecosystem is also one of the most diverse and vibrant in the world. The record levels of investment we’ve seen so far this year offers further proof that London’s tech sector continues to go from strength-to-strength. I’m looking forward to welcoming the global tech community for this year’s London Tech Week, a great opportunity for us to strengthen partnerships across the world and build a better London for everyone.”

Janet Coyle CBE, Managing Director at London & Partners said: “London’s tech ecosystem is not just one of the best in the world for start-ups, its also a fantastic place to scale a global tech business. From access to funding, talent and customers to proximity to decision makers, networks and accelerator programmes, London offers start-ups all the right ingredients they need to expand rapidly. We’re excited to see investors, entrepreneurs and policy makers from around the world in London this week for London Tech Week and we can’t wait to showcase the very best of London’s global tech scene.”

JF Gauthier, Founder and CEO, Startup Genome said: “The performance of the London startup ecosystem, climbing from #7 in 2012 to #2 for the last 3 years, demonstrates its strength as a leading international startup hub. It is the community with the highest Global Connectedness after Silicon Valley and the best place in Europe to scale a tech business to global category leadership. We’re delighted to launch the GSER 2022 at London Tech Week because there is no better place to bring together our global startup community.”

Additional findings from the Global Startup Ecosystem report, show that the global tech sector has weathered the pandemic better than other industries. The report reveals that since the pandemic, tech companies grew 2.3 times more than their non-tech counterparts. According to the research, a record 540 companies achieved unicorn status in 2021, up from 150 in 2020, with 113 ecosystems producing at least one $1 billion+ behemoth. Since 2012, global average Series A rounds have tripled to more than $18 million.

Tania Boler, CEO and Founder of London based healthtech startup, Elvie said: “London is a great place to scale a tech business. Last year we successfully raised £70m which has been vital in enabling our company to grow. In London, you have access to some of the best tech talent and investors. It’s also a very connected ecosystem with lots of networks and support programmes.”

Russ Shaw CBE, Founder of Tech London Advocates & Global Tech Advocates said: “It’s particularly impressive to see how high London ranks with reference to early-stage investment - I hope that this sends a distinct message to aspiring tech entrepreneurs that the capital is the number one destination to start their business. London is a truly global city, and our digital economy is the beating heart of our recovery after a testing few years. London continues to demonstrate globally that it is a fantastic place to start, grow and scale a tech business as validated by the comprehensive Startup Genome research.”

Karen McCormick, Chief Investment Officer from London-based venture capital firm, Beringea said: “London is home to an abundance of exciting tech companies and is particularly strong in high growth sectors such as fintech, healthtech and cleantech. This creates lots of opportunities for investors with the potential for high returns.”