You are here: Newsroom > News > London opens its doors to German business in Berlin

London opens its doors to German business in Berlin 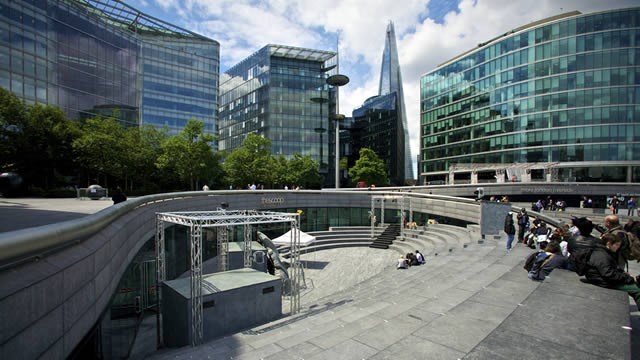 London is stepping up efforts to strengthen trade and investment links with German cities, with the news that the Mayor’s promotional agency has opened its first office in Berlin.

The Mayor of London is in Berlin today (12 November), where he will meet with senior business and political leaders to demonstrate that London is open to business, talent and collaborations with German cities.

The Mayor will meet with senior representatives from some of Germany’s largest companies at a business breakfast on Monday hosted by Bloomberg. Companies attending the meeting include Deutsche Bank, Commerzbank AG and Bosch.

Germany is an important market for trade and investment with London and the UK. It is the fourth largest source of foreign investment into London, with German businesses creating over 4,500 jobs in the city over the past five years (2013)1. Some of the largest German companies to invest in London over that time period include engineering giant Siemens, Deutsche Bank and Lidl.

The two capital cities’ shared strengths in technology and the creative industries has also seen a number of exciting businesses use London and Berlin as a launch pad into their respective national markets. Berlin tech companies with an established presence in London include challenger bank and fintech success story N26, ecommerce fashion retailer Zalando and Ubitricity, a Berlin start-up working with Siemens to pilot electric vehicle charging points on the streets of London.

The Mayor of London, Sadiq Khan said: “London and Berlin are two of Europe’s leading hubs for technology and the creative industries with lots of opportunities for collaboration. I am here in Berlin to make it clear to German business leaders that London remains open to investment and talent from Germany. The opening of the London & Partners office in Berlin will make it even easier for companies from both cities to do business.”

Knut Hechtfischer, founder of Berlin headquartered Ubitricity with an additional office in Shoreditch, London added: “Much like Berlin, London is a hot bed for innovation. With strengths in developing smart cities technology, it was a natural place for us to expand our operation in the UK market. The creative energy and vibrancy of an area like Shoreditch is similar to the start-up scene in Berlin and it has made London feel like a home away from home for our business.”

Berlin is becoming an increasingly attractive destination for London companies looking to expand into Germany and mainland Europe, with latest data showing it was the number one source city for foreign direct investment into Berlin over the past five years2.