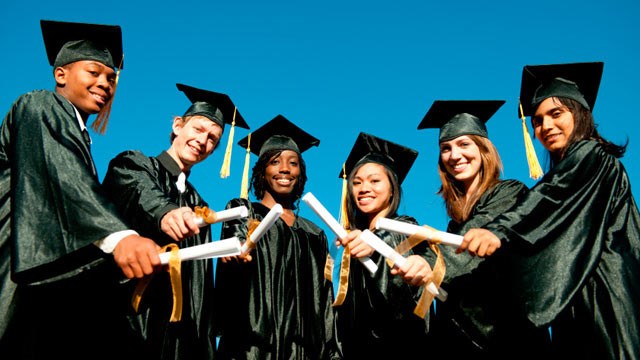 London continues to welcome international students from all over the world

London has been named the world’s best student city for the first time by the QS Best Student Cities Ranking. The fifth edition of the report found that London has more globally-ranked universities than any other city. The UK capital also scored highly for quality of living, employability prospects and its diverse student community with a strong proportion of international students.

According to a separate study released today by London & Partners, London continues to welcome international students from all over the world, with the report finding that the number of overseas students in London has increased over the past 5 years. International students now make-up 41% of the city’s entire student population, up from 34% in 2012-131.

Measuring the economic value of London’s international students, the study also revealed that the city’s overseas students are an important source of growth for London and the UK’s economy. Last year (2016-17) London attracted over 112,000 international students, with the study showing that they contributed £3.45 billion in economic value to the capital – an 11 per cent increase in real terms since 2013-14.

International students are also an important source of employment, with the report finding that the spending of overseas students and their visitors secures 39,800 jobs across the city. This is equivalent to one job for every three students.

The Mayor of London Sadiq Khan said: “Today’s fantastic news that London has been named the world’s top student city for the first time is yet more proof of London’s status as the higher education capital of the world. We have more leading universities and international students than any other city and I want to make sure it stays that way.

“London is open as the best place to study, do business and innovate and a city where all Londoners can take advantage of these opportunities.”

Ben Sowter, Research Director at QS, added: “The 2018 rankings cycle highlights the enduring quality of student experience available in London. The city benefits from outstanding employment prospects, more world-class universities than any other city, and enviable lifestyle opportunities. These factors mean that London remains a great place to study despite eye-watering costs – as more than 50,000 student respondents to QS’s survey have made clear.”

Further analysis of the London & Partners economic impact report reveals that China, the United States, Italy and India were the most common countries of origin, with considerable growth in both Chinese and Italian student numbers in the past four years.

EU students continue to make-up a considerable portion of London’s student body, accounting for a third of all international students. The report shows a small increase of EU students into London from 2015-16 to 2016-17 up from 9.4 percent to 10.0 percent of all students.

The largest contributions to London and the UK’s economy were from China contributing £598m, and the United States contributing £240m. Italy and India both contributed £137m. The top ten student markets contribute over 650percent of all the spending from international students in London.

Spending per student was highest among US students who spent £36,705 per year. On average, EU students spent £25,200 per year. Chinese students supported over 7,000 jobs, whilst the top four European markets supported 4,600 jobs and the US supported 2,800 jobs.

Lalage Clay, Director of Education and Talent at London & Partners, the Mayor of London's official promotional agency and home of Study London said: “London is a truly global city, attracting international students from all over the world. With world class universities, cultural attractions and a range of post-study opportunities, it is no surprise to see that London has been recognised as The World's best student city."

"Every year tens of thousands of students have life-changing experiences here: they enhance their knowledge, improve their skills and make friends from across the globe. They also give back to the city through working, volunteering, or simply taking part in all that London has to offer. London warmly welcomes international students – we are open to talent and provide a creative, dynamic and friendly home for your studies.”

Study London is the Mayor of London’s Official London University Guide, set up to attract students from around the world to London’s world-leading universities. Through its websites, www.studylondon.ac.uk and www.london.cn, Study London provides the information, advice and guidance international students need to choose a university and course. Working with London’s universities, Study London helps young people from around the world find the springboard for their academic and career ambitions.

London is host to more international students, and has more universities in the world top 40, than any other city in the world.