Mayor of London
You are here: Newsroom > News > London named one of the world’s leading startup ecosystems

London named one of the world’s leading startup ecosystems 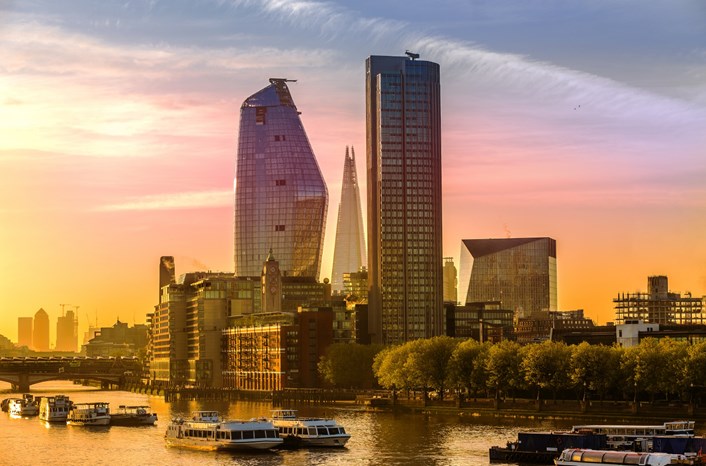 London has one of the world’s most favourable ecosystems to build a globally successful startup according to latest data from Startup Genome’s The Global Startup Ecosystem Report 2020. The UK capital improved on its joint third place in 2019, to tie in second place with New York this year. Silicon Valley continues to dominate the rankings whilst Beijing and Boston came in fourth and fifth.

Access to capital, investment and global talent has fuelled London’s ascent to number two, up from number eight in 2012 when the first rankings were released. The report analyses cities around the world where early stage startups have the best shot at building global success.

The research reveals that the UK capital is amongst the top cities in the world to grow a globally leading company, with startups in London benefitting from high levels of global connectedness to other top ecosystems, and a flow of knowledge into the city which helps them to build global market reach. London-based companies can tap into global markets due to the UK’s favourable time zone, with the city acting as a launchpad to scale and grow internationally.

London also benefits from a strong talent pool and ranked highly across the board for talent, in particularly for STEM access and quality and access to tech talent. The city is the only top five ecosystem with a startup visa program which launched in spring of 2019, helping maintain its status as a global magnet for talent.

What’s more, London and New York overtook Silicon Valley in the connectedness ranking, a factor based on the number of tech meetups in the ecosystem and a life sciences-focused measure of accelerators and incubators, research grants, and R&D anchors in the ecosystem.

London’s life sciences sector has been quick to rise to the challenges posed by the global pandemic. Home to 350 medtech companies and world-leading universities like Imperial College London and King’s College London, the sector is collaborating and innovating to produce cutting-edge research in the fight against coronavirus.

Further analysis also reveals that London provides high access as well as quality of funding, demonstrating the depth of capital in the ecosystem. Access to funding is an essential ingredient for any scaling startup and an average seed round in London is $650k, compared to a global average of $494k.

Meanwhile, edtech and fintech are highlighted as two of London’s strongest sub-sectors. London has long been established as a thriving, well-connected financial ecosystem and fintech continues to dominate fundraising, accounting for 39% of the $4bn raised by London-based companies so far in 2020.1

The UK capital is also home to over 500 edtech companies and the UK’s edtech sector is expected to reach $4.4bn by 2021. As schools have been closed, edtech has played a vital role during the pandemic and will continue to do so as cities look to build a more advanced future for education.

JF Gauthier, Founder of Startup Genome said: “Today’s global report ranks the best cities where startups can build global success. Startup ecosystems outperform when their entrepreneurial community is not only open to but deeply integrated within the global startup community. This is certainly the case for London, as it continues to play a central role in the global fabric of startup ecosystems and in only eight years has risen from number eight to a tie in second place. The COVID-19 crisis has accelerated the transition to the digital economy and has called for entrepreneurs to innovate faster. This is a unique opportunity for all of us to take concrete actions to make our economic communities stronger and more inclusive, so they are powerful engines of economic recovery."

Laura Citron, CEO at London & Partners commented: “It’s great to see the strength of London’s startup ecosystem being recognised once again and this result confirms what we already know: that London is a top place to start, grow and scale a business. It is home to so many exciting companies leading the way in innovation, and it’s been impressive to see the resilience and creativity of London’s businesses during these challenging times. I am confident in London’s position as a global startup hub as we move towards recovery from the current pandemic. With its strong connectivity to other centres we see lots of opportunities for London to share ideas and collaborate with cities around the world.”

Peter Kecskemethy, co-founder and CEO, Kheiron Medical Technologies added: "We chose London as our home because there’s such a wealth of talent and community here, particularly in our area of transforming healthcare with the power of technology. It's allowed us to collaborate and partner with the NHS across the UK on developing and trialling our deep learning solution, Mia, which could transform breast screening for women around the world. And our location is a great place for international market expansion. The support of the UK Government and London & Partners has also been instrumental in giving UK tech startups the chance to grow and compete with the big global tech firms.”

Startup ecosystems in Asia have also been on the rise, with new entrants among the top global cities this year including Tokyo, Seoul, Shenzhen and Delhi. Beijing is well established within the top five, whilst Singapore came in at number eight.

A number of opportunities for collaboration between London and Chinese cities have emerged in recent years, further reinforcing London’s strength as a globally connected hub. This week saw London land a $1.8bn listing of China Pacific Insurance via the London-Shanghai Stock Connect programme that links the two exchanges.

London is also the leading destination for Chinese foreign direct investment into UK and Europe, with one in ten Chinese projects to western Europe landing in London between 2015 and 20192. These projects include TikTok and Alibaba who have both set up offices in London in the past few years.

Two cities in India made it onto the Top 40 list, Bangalore at 26 and Delhi at 36, with Bangalore standing out for high access to funding and Delhi ranking well for the volume and complexity of patent creation. Looking at the Top Emerging Ecosystems ranking, the next 100 after the top 40 ecosystems, Mumbai secured top spot followed by Jakarta and Zurich.

London and India have shared strengths in technology and innovation, with London coming in as the second most popular city for Indian companies looking to expand internationally over the last five years, based on the number of projects.3 Indian companies who have chosen London as the city to scale their business include ride-sharing unicorn Ola who expanded to London last year and IT giant, Infosys, who recently opened its first design and innovation studio in the city’s tech hub.

London companies are also increasingly looking to India for international expansion, with India ranking as the eighth country in terms of number of projects from London over the last five years, generating a total capital investment of £13.66bn4.

London also recently topped the fDi x TNW Tech Cities of the Future 2020/21 list, a ranking focused on highlighting the European cities with the most promising prospects for startups, tech and innovation investment.

The UK capital continues to attract international investment and 50% of its FDI between 2015 and 2019 was in software and IT services, reinforcing its status as a tech powerhouse.5 London’s startup ecosystem has produced 38 unicorns (companies valued over $1bn) since 1990, ahead of any other city in Europe6.

Startup Genome is the world-leading policy advisory and research organization for governments and public-private partnerships committed to accelerating the success of their startup ecosystem. We have advised more than 100 clients across 38 countries. Startup Genome’s mission is to accelerate startup success and ecosystem performance everywhere, working together with global thought leaders to define and execute robust policies and programs that drive lasting change.

Our impact is rooted in over a decade of independent research with data on over a million companies across 150 cities. Working side-by-side with more than 300 partner organizations, our frameworks and methodologies have become instrumental in building foundations for startups to grow. Our efforts earned us the Research Champions award at the Global Entrepreneurship Congress 2019.

About the Global Entrepreneurship Network (GEN)

The Global Entrepreneurship Network operates a platform of projects and programs in 170 countries aimed at making it easier for anyone, anywhere to start and scale a business. By fostering deeper cross-border collaboration and initiatives between entrepreneurs, investors, researchers, policymakers, and entrepreneurial support organizations, GEN works to fuel healthier start-and-scale ecosystems that create more jobs, educate individuals, accelerate innovation and strengthen economic growth. Learn more about GEN at genglobal.org and follow the global dialogue on Twitter, Facebook, and LinkedIn.

London & Partners is London’s international trade, investment and promotion agency. Our purpose is to support the Mayor’s priorities by promoting London as the best city in the world in which to invest, work, study and visit. We do this by devising creative ways to promote London and to amplify the Mayor’s messages, priorities and campaigns. London & Partners is a not-for-profit public private partnership, funded by the Mayor of London and our network of commercial partners.