You are here: Newsroom > News > London named Best Business City in the world 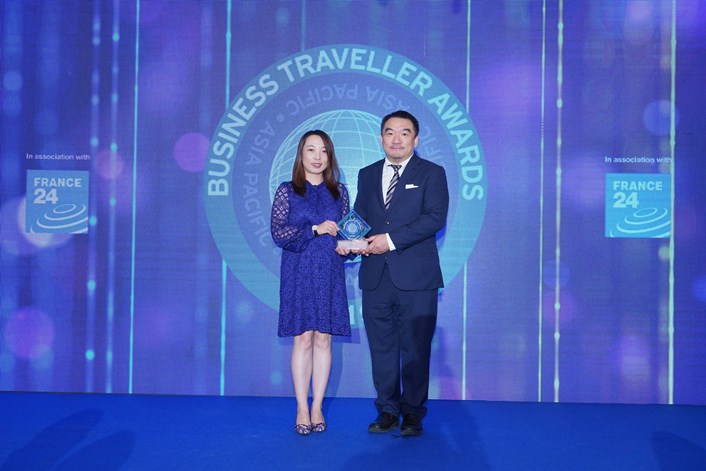 London has been named “best business city in the world” for the second year in a row by Business Traveller Asia Pacific magazine, the publication that celebrates the extraordinary in the travel and hospitality industry.

These important annual travel awards identify the very best in hospitality, travel and business as recognized by readers through a poll conducted by an independent market research company.

The pharmaceutical industry (27%) is the largest source of Chinese incentive groups following by the IT sector (16%). Direct sell, automotive, banking and insurance are also important sectors.***

It is now easier than ever for Chinese travellers to fly direct to the UK from 11 airports, with new options from Changsha, Sanya, Shenzhen, Wuhan, and Xi’an. The new route from Beijing to Edinburgh with Hainan Airlines brings to three the number of UK cities served by direct routes from China (with London and Manchester).

“We are honoured and delighted to accept this award on behalf of London. China is a hugely important market to the UK capital in terms of both visits and spend with Chinese business visitors boosting the economy by £39 million in 2018.

“London remains one of the best places in the world in which to grow a global business. It’s convenient, collaborative and connected. It’s a world class city with everything needed to help your business succeed: favourable time zones, access to banks and finance, regulators and government bodies, plus world leading universities and talent.

“Over 40% of European HQ’s are based in London, which allows quick access to decision makers. And there’s an incredible mix of old and new – highly unique-venues as well, which is very attractive for event planners and delegates. All of this makes London a truly international business city.”

The award was announced at the Island Shangri-La Hong Kong on 12th September 2019.

*Between April and June of this year, Business Traveller Asia-Pacific sent out poll forms to its subscribers, who are some of the region’s most frequent travellers. Results were compiled and tabulated by market research company Business Intelligence ensuring an anonymous and professional standard of data.

London & Partners is the Mayor of London's official promotional agency. We exist to support the mayor’s priorities by promoting London internationally as a leading world city in which to invest, work, study and visit. Our mission focuses on: