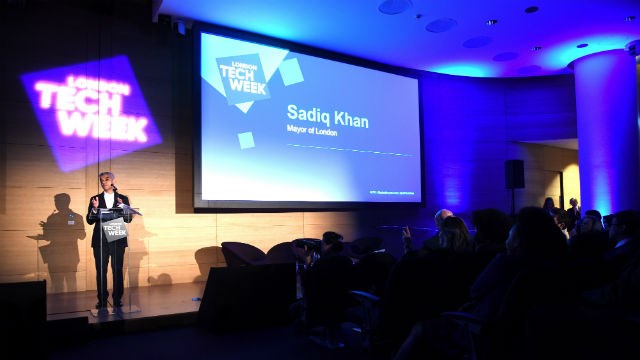 London is the Artificial Intelligence (AI) capital of Europe, home to double the number of AI companies* than closest rivals Paris and Berlin combined.

That is the key finding of a major piece of research commissioned by the Mayor of London, Sadiq Khan, that for the first time maps the capital’s AI ecosystem, highlighting the strength and complexity of London’s AI ecosystem and its growing important to the economy.

Artificial Intelligence is the ability of machines to exhibit human-like intelligence with the ability to perform tasks such as decision support, reasoning, learning, visual perception, speech recognition, and language translation.

Produced for the Mayor by CognitionX, the AI advice platform, today’s report will help to uncover the opportunities to unlock innovation and investment in London in order to maximise the economic impact of AI on the city, and to support the Mayor’s ambition to make London a world-leading Smart City.

The report is published on the eve of London Tech Week – an annual event that sees the city open its doors to the international tech community. With over 200 events, the week-long festival will welcome more than 50,000 delegates from all over the world as the capital showcases its leading position as a global technology hub. During London Tech Week, the Mayor will also launch his new ‘Smarter London Together’ roadmap that aims to make London a smarter city.

The Mayor of London, Sadiq Khan, said: “There are few areas of innovation that have the power to define our future economy and society more than artificial intelligence. As Mayor, it is my goal to ensure both that London is at the forefront of developing and capitalising on these new technologies, and that all Londoners can benefit from the opportunities that they create.

“The research describes a city with a rich technology ecosystem, a strong pipeline of AI innovation and an academic and investment base set up for the long term.

“These strengths will also support my ambitions to make London a world leading smart city, in which public data and AI will open doors for the public and private sectors to work together to improve the way that Londoners experience our city on a daily basis.”

“London’s unique global status as a capital of finance, business, government and technology is our standout asset. Everything entrepreneurs need is here in one place - not least access to clients.”

Tabitha Goldstaub, Co-Founder at CognitionX, said: “We are at a crossroads. Action is needed now. Developing our open community, attracting and growing diverse talent, investing in research and ensuring rapid responsible adoption is key. We welcome the Mayor’s leadership in shining a spotlight on AI in London, and working to build a strong AI cluster to maximise economic and societal impact."

If industry, government and academia can gain consumer trust, get the challenging ethical considerations understood and ensure the benefits of AI are fairly distributed, this could lead to a brighter future for London and the UK.”

Further highlights in the report include:

*An AI company is a company that is defined as using AI in part of its business model.

About CognitionX: CognitionX is the AI Advice Platform that connects organisations with a global on-demand network of AI experts. The platform allows experts in AI from the around the world to share invaluable expertise with organisations of any size and sector who want to tap into that knowledge. Through the platform, organisations can find an answer to their AI question very quickly, regardless of where they are. AI experts can either share knowledge for free or charge a fee.

Founded in 2015 CognitionX’s mission is to bring clarity to, and accelerate adoption of, AI across all organisations from global enterprises to startups, and help ensure a safe and responsible transition to an AI-driven society. Through its freemium model, CognitionX’s expert network helps level the playing field, by making scarce AI expertise accessible to all, and provide a new way for experts to monetise their knowledge.

London Tech Week is Europe’s largest festival of technology and innovation, bringing together over 50,000 of the best creative and tech minds from all over the world.

The festival will deliver over 200 of live events across the city, showcasing and celebrating the best of tech whilst providing networking, social, learning and business opportunities across the city.