Mayor of London
You are here: Newsroom > News > London maintains its crown as one of the world’s top startup hubs 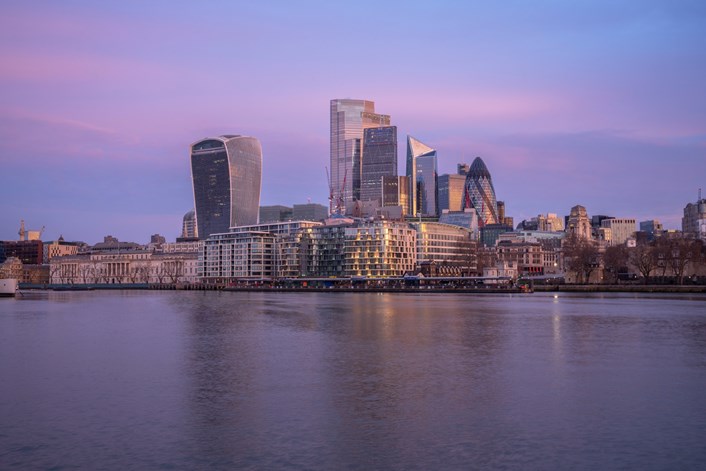 London is the leading destination to grow a technology business outside of Silicon Valley, according to a comprehensive ranking of international startup hubs compiled by Startup Genome for its annual Global Startup Ecosystem Report 2021. Despite Brexit and the coronavirus pandemic, London maintained its second-place ranking tied with New York for the second year in a row. Released to coincide with London Tech Week, the findings revealed that the UK capital’s startup ecosystem is by far the largest in Europe, with a total value of $142.7bn.

The report ranks the leading 140 startup ecosystems based on seven success factors including Performance, Talent and Connectedness. London has risen up the league table in the last few years, climbing from number eight in 2012 when the first rankings were released to number two in 2020. Silicon Valley held onto the top spot this year while Beijing and Boston came in fourth and fifth respectively. A number of other UK hubs also featured in the reports ‘Top 100 Emerging Ecosystems’ including: Bristol, Manchester-Liverpool, Birmingham, Edinburgh-Glasgow, Belfast and Durham.

The findings also revealed London is one of the best cities in the world for access to funding and quality and activity in the investment ecosystem (referring to the number of local investors, investor experience and their level of activity). London has already seen record levels of VC tech investment this year, with the UK capital’s tech startups receiving $13.3bn in the first seven months (January to July), more than the $10.9bn raised in the whole of 2020.1 London’s impressive start to 2021 has been boosted by major funding rounds for Revolut ($800m), Checkout.com ($450m) and Hopin ($400m).

Compared with other international tech hubs, the research found that startups in London have access to deeper pools of capital, with an average seed round of $653k, ahead of the global average of $494k.  London is currently home to over 1,370 VC firms2 - more than any other European city, providing access to a vast network of investors and a depth of capital in the ecosystem. A number of global investment firms have also increased their presence in London recently, with Index Ventures announcing a $3.1bn fund for European start-ups in July and the news that Silicon Valley based VC Sequoia Capital had expanded its footprint in the UK capital.

London is also recognised for its world class talent pool, with the city ranking highly across the board for quality and access to Tech and Life Sciences talent. With four of the world’s top ten universities located in or close to London, the city is home to 484k software developers3 as well as a high number of Life Sciences-focused universities and degree programmes.

The report highlights the growth and strength in the number of exits (over $50m and $1bn) in London. The number of fast-growing London-based tech companies choosing to list on the London Stock Exchange has been on the rise in 2021, with highly anticipated IPOs from Darktrace and Wise amongst some of the biggest listings on the AIM and the main market this year.

The Mayor of London, Sadiq Khan said: “London is a fantastic place to grow and scale a global tech business. We celebrate the diverse, international nature of our tech ecosystem and it is great to see our thriving start-up community being recognised in this report.

“London’s tech sector has a pivotal role to play as we rebuild from the pandemic, and I am excited to be part of London Tech Week to discuss how our tech community can work with other start-up hubs to solve global challenges. In the face of Brexit and the global pandemic, London has demonstrated its resilience and proven itself once again to be one of the best places globally for tech innovations and start-ups.”

Janet Coyle, Managing Director for Business at London & Partners said: “Today’s report findings and the record levels of investment into London tech so far this year offers further proof that London is not only Europe’s largest tech hub, it’s also now a major player on the global stage. For startups and high growth companies looking at alternatives to Silicon Valley, London has access to high levels of funding, talent and customers all in one city. As one the world’s leading hubs for innovation, we see a huge opportunity to collaborate with other international startup hubs and it’s fantastic to see global tech leaders, investors and policy makers coming together for this year’s London Tech Week.”

JF Gauthier, Founder and CEO, Startup Genome said: “London’s fundamental strengths in talent, global connectedness and access to funding are the reasons it continues to feature highly in our rankings and remains the number one startup hub in Europe. It’s important for startup hubs all over the world to connect to top ecosystems. As a top-3 ecosystem London has an important role to play in galvanizing the global startup community.”

While the US and China have long been considered the global superpowers for startups and tech, the pandemic has accelerated the democratisation of startups, and Europe is quickly cementing its position on the global stage. The report shows Europe accounts for 17% of the top 30 ecosystems this year, with London the only European city to make the top 10 list. Europe also dominates the Top 100 Emerging Ecosystems ranking, ecosystems in earlier stages of growth that have high potential to be global performers in the future, accounting for the largest share of 37% of the list.

London, Berlin and Amsterdam-Delta also secured three of the top five spots globally for Connectedness, demonstrating the supportive tech ecosystems available for startups in Europe and cross-border funding. London ranked particularly highly for the Life Sciences-focused metric looking at the number of accelerators, incubators, research grants and R&D anchors in the city. As Covid-19 has accelerated innovation in life sciences globally, London provides access to clinical research institutes, academia, the NHS, major industry players and world leading startups, all converging in one place to drive forward collaboration and innovation.

Eileen Burbidge, Partner at London VC firm, Passion Capital, said: “London attracts and is home to so many investors and so much investment capital because of its world-leading ecosystem and remarkable entrepreneurs. With world class tech talent and sector expertise, London has an abundance of innovative entrepreneurs, start-ups and scale-ups which generate long term value accretion. Today’s report is further confirmation that London’s tech sector will continue to compete and be a leader on the global stage.”

Poppy Gustafsson, Founder and CEO at Darktrace, said: “At Darktrace, we are proud to be building on the UK’s rich heritage in tech and innovation. Being part of the UK’s tech ecosystem affords us access to a vast network of investors, researchers and talent and has been instrumental in building a successful AI business and – in particular – advancing our leading position in Self-Learning AI. I’m thrilled to be an ambassador for London Tech Week, a fantastic opportunity not only to celebrate the UK’s achievements thus far, but to drive our industry forward.”

Priya Lakhani OBE, Founder CEO, CENTURY Tech said: “London provides access to world-class talent, innovators, investment, universities and a ripe customer base interested in innovation which is necessary to build a successful tech company like CENTURY Tech. The last eighteen months has shown that high-quality edtech solutions have a vital role to play to ensure learning continues to flourish. Edtech is one of the fastest growing tech sectors globally and London and the UK are at the forefront of innovation in the edtech space. Today’s results, released during London Tech Week, are confirmation of London’s status as a leading global hub for tech and I’m excited to join London Tech Week as an ambassador to drive forward the use of tech as a force for good.”

Further analysis of the report reveals two of London’s strongest sub-sectors, fintech and edtech. London has long been established as a thriving, global financial hub and is now home to over 2,000 fintech companies. Latest research from Dealroom.co shows it was a record first half of the year for VC investment into London’s fintech sector, with London-based fintech firms raising $5.3bn, more than any other year in just six months. The coronavirus has also accelerated the global adoption of edtech solutions and London is well-placed to meet this growing demand. London is home to one of the largest edtech ecosystems in Europe, with an estimated value of $3.4bn as well as over 170 VC-backed edtech startups.

The release of the latest Global Startup Ecosystem Report coincides with London Tech Week, bringing together the global tech community to address how tech can solve some of the world’s most pressing challenges. Key speakers throughout the week include Hilary Clinton, former US Secretary of State, Sebastian Siemiatkowski, Co-Founder & CEO at Klarna, Alex Mahon, CEO at Channel 4 and Maria Raga, Founder & CEO at Depop.

Top Global findings from the report

Startup Genome’s mission is to enhance startup success and ecosystem performance everywhere. Startup Genome is the world’s leading policy advisory and research organization for governments and public-private partnerships. Its impact is rooted in the world’s largest entrepreneurship research with data on over three million companies across 280 cities.

About the Global Entrepreneurship Network (GEN)

The Global Entrepreneurship Network operates a platform of projects and programs in 170 countries aimed at making it easier for anyone, anywhere to start and scale a business. By fostering deeper cross-border collaboration and initiatives between entrepreneurs, investors, researchers, policymakers, and entrepreneurial support organizations, GEN works to fuel healthier start-and-scale ecosystems that create more jobs, educate individuals, accelerate innovation and strengthen economic growth.