Mayor of London
You are here: Newsroom > News > London is top of mind for US investors

London is top of mind for US investors 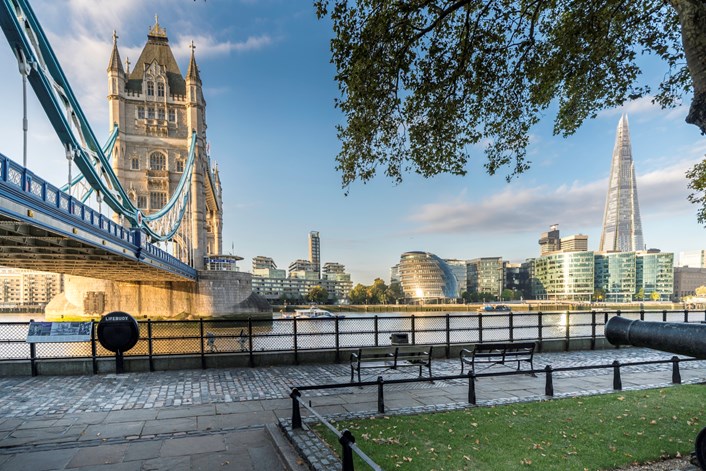 US venture capital firms are showing a strong appetite for investing in London and UK companies, with latest data from PitchBook produced for London & Partners, showing that 2019 is already a record year for US VC investment into British businesses1. The findings have been released to coincide with this week’s Silicon Valley Comes to the UK event series, bringing together investors, entrepreneurs and CEOs from the UK and the Bay Area.

According to the research, American investors have been involved in $4.4bn worth of deals into UK companies so far this year, with London businesses accounting for 77% ($3.4bn) of all VC investment from the US in 20191.

Major funding rounds for UK companies involving US investors in 2019 include: a $144m series F funding round for London fintech unicorn, Monzo, led by Silicon Valley investment firm, Y Combinator; a $70m Series B round into London Cybersecurity firm, Snyk, by Palo Alto based investor Accel Partners and a large $200m Series A funding round, for UK data privacy firm, OneTrust, led by New York based investor, Insight Partners.

As London continues to produce high volumes of unicorn companies, US investors are increasingly looking to the UK capital as the scale-up capital of Europe, with the findings showing that over the past five years, London companies have received significantly more funding from US VCs than any other European business hub2.

Investment ties between the UK and Silicon Valley are particularly strong, with Bay Area VCs investing almost double the amount into UK companies ($10.7bn) in the last five years than the levels seen in Germany ($5.95bn) and France ($2.87bn).3

Sherry Coutu CBE, Angel Investor and Co-founder of SVC2UK said: “The UK remains a top place for global investors because it is now producing high volumes of scale-up companies. While Brexit has created some uncertainty, investors from the US and further afield continue to look to London as Europe’s leading tech hub because it is home to world class talent and an abundance of innovative companies – especially in areas such as Fintech, Cybersecurity and Artificial Intelligence. We’re excited to bring together some of the best minds from the UK and Silicon Valley this week as we see lots of opportunities for companies and investors to do business across both regions.”

David Hornik, General Partner at Silicon Valley based investment firm, August Capital added: “The UK and Silicon Valley share strengths in technology and innovation. As an investor, I always like to keep an eye on what’s happening in London as it is a truly global centre for business with a large pool of companies building breakthrough technologies. I’ve been involved in the SVC2UK programme for a number of years now and it’s a great way to build networks and connect two of the world’s leading start-up hubs.”

London’s booming Fintech sector is particularly attractive for US investors, with a number of large deals this year including: a $175m Series D investment into London online money transfer platform, WorldRemit, involving Accel Partners; a $75 million Series E round for online payment service, GoCardless and a $40m Series E round for online international money exchange platform, CurrencyCloud – ­­­­both led by GV, the venture capital investment arm of Alphabet Inc.

Separate research by Innovate Finance and London & Partners recently revealed that London has received more Fintech VC funding than New York and any other European tech hub, second only to Silicon Valley.

US investors appear to be flocking to the UK looking for good returns, with a recent report from British Business Bank showing that UK venture capital funds generated better financial returns than their US counterparts. The Analysis of UK Venture Capital Financial Returns report found UK venture capital funds generated a higher distribution-to-paid-in-capital ratio (DPI) in the period of 2002 to 2006 than those based in the US.

Trade and investment links between the US and UK remain strong, with some of America’s largest companies recently announcing significant long-term investments into London. This includes:

The United States also remains a key market for UK firms looking to expand internationally, with a number of British Fintech unicorns announcing plans to launch their services in the US market this year including: Revolut, Monzo and TransferWise.

Artificial Intelligence is another key area for collaboration, with UK AI firm Babylon Health announcing plans to expand to the US market following a recent $550m funding round and London based financial AI identify software firm, Onfido, announcing it has launched an international partner programme to expand the reach of its platform in the US market.

PitchBook is a financial data and software company that provides transparency into the capital markets to help professionals discover and execute opportunities with confidence and efficiency. PitchBook collects and analyzes detailed data on the entire venture capital, private equity and M&A landscape—including public and private companies, investors, funds, investments, exits and people. The company's data and analysis are available through the PitchBook Platform, industry news and in-depth reports. Founded in 2007, PitchBook has offices in Seattle, San Francisco, New York and London and serves more than 40,000 professionals around the world. In 2016, Morningstar acquired PitchBook, which now operates as an independent subsidiary.

Silicon Valley Comes to the UK (SVC2UK) is a not-for-profit program run by London & Partners (the Mayor’s International Promotion Agency) together with volunteers, advisers and partners. It was founded by Sherry Coutu, Reid Hoffman and Ellen Levy. Now in its thirteenth year, SVC2UK brings together the top entrepreneurs and VCs from Silicon Valley with students, early-stage CEOs, serial entrepreneurs, and policymakers in the UK with the singular goal of inspiring entrepreneurship, innovation, and economic prosperity. The annual summit takes place in November each year with prominent serial entrepreneurs from Silicon Valley visiting London, Cambridge and Oxford