You are here: Newsroom > News > London is the "Unicorn Capital of Europe"

London is the "Unicorn Capital of Europe" 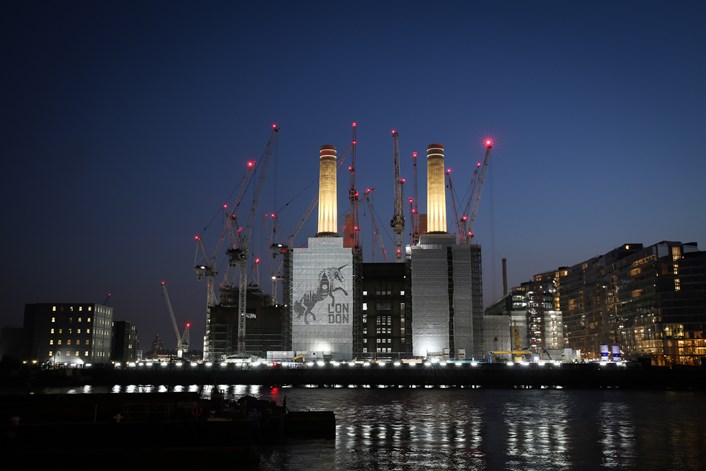 London is top choice for international scale-up businesses, according to latest data compiled by London & Partners, showing that the UK capital is Europe’s number one tech hub for unicorn companies and attracted more foreign direct investment (FDI) than any other city in 2018.

According to findings by technology and investment advisory firm, GP Bullhound, London is producing more unicorn businesses than any other European city. London’s thriving technology ecosystem has helped 17 companies surpass the $1 billion valuation mark since 2010, over double the amount of other major tech cities such as Berlin (7) and Paris (4).1

London is currently home to 13 unicorn businesses, more than Madrid, Stockholm and Amsterdam combined. The UK capital’s burgeoning fintech sector is a leading source of scale-up companies, with Monzo, TransferWise and Revolut all featuring in the city’s current crop of unicorns. London’s strengths in areas such as Artificial Intelligence and gaming have also helped the likes of Improbable and BenevolentAI to reach unicorn status.

The increasing number of high growth businesses coming out of London’s has boosted the UK to the top of the unicorn league tables, with the UK currently housing over a quarter (20) of the 64 total unicorn businesses across Europe.

Since 2010, the UK has created 26 unicorn companies with many going onto even bigger things in recent years. Online fashion giant Farfetch and peer-to-peer lending platform, Funding Circle are the most recent London unicorn companies to achieve IPO status in 2018. The future looks bright for London’s tech sector, with further research findings from GP Bullhound showing that London and the UK are set to produce more unicorn businesses than other European destinations.

Based on analysis of some of Europe’s fastest growing companies, GP Bullhound is predicting that the UK will be home to 25% of the new European billion-dollar companies created over the next few years. Some of the London companies tipped for success include fintech firms Starling Bank, SumUp, LendInvest and WorldRemit and cybersecurity companies, Onfido and Callsign.2

London also continues to be a major draw for international businesses looking to expand their operations overseas, with the latest provisional data produced by London & Partners from fDi Markets, showing that London attracted more foreign direct investment (FDI) projects than any other global city in 2018. Latest figures show that last year London saw more overseas investment than other major international business hubs such as Singapore, New York and Dubai3.

In a speech to over 800 members of London’s international business community last night, The Mayor of London Sadiq Khan emphasised that London remains open to business, talent and investment from around the world. Sadiq also hosted a roundtable with senior representatives from some of London’s leading businesses, including a number of unicorn companies.

Laura Citron, CEO London & Partners, the Mayor of London’s official promotional agency said: “London is a top place to start, grow and scale an international business. From Artificial Intelligence to Fintech, London is home to lots of exciting companies that are leading the way in developing innovations and ideas to change the world. London’s business community is truly global, built on the values of diversity and progressive thinking. We’re delighted to welcome more international companies than any other city and today’s figures show that London is open to investment and talent from all over the world.”

Manish Madhvani, Co-founder and Managing Partner of GP Bullhound added: “London is the beating heart of the European tech scene, and it is great to see so many unicorns currently based here, along with several contenders that are likely to hit the status next. The challenge now is for London unicorns to kick on, and crucially for investors to back them with increased resources so that they can challenge the dominance of Silicon Valley, which will lead to Europe securing its first tech titan of a valuation of over $50 billion. Sectors such as artificial intelligence, which London is leading the way on, will help to secure the long-term success of the Capital’s tech scene.”

London’s status as one of the world’s leading financial centres remains strong with latest provisional data showing that the UK capital welcomed more international financial service companies than any other global financial centre in 2018, ahead of Singapore, Frankfurt, New York and Hong Kong3. In the last 10 years, London has seen 740 financial service firms setup an operation in London, creating over 25,900 jobs.4

International technology businesses also continue to flock to London, with latest figures from fDi Markets produced by London & Partners showing that London has attracted more global tech companies and projects over the past 10 years than any other city including the likes of Singapore, Sydney and Paris. The data reveals that 822 companies classified as ICT & Electronics businesses have setup in London from 2008 to 2018, creating an estimated 27,000 jobs for the city’s economy.5

A number of the world’s largest technology companies have made long term expansion announcements and investments into London during this time-period (2008-2018) including:

Anne Boden, CEO of Starling Bank added: "London has something that Silicon Valley never had: in addition to a thriving tech community and an entrepreneurial culture, it is also a big financial centre. This makes for a compelling combination. London's success as a fintech hub should enable it to spread wealth beyond the capital city throughout the UK and the wider economy.”

Today’s figures have been published to coincide with the inaugural London Business Awards, highlighting some of the most exciting companies and entrepreneurs based in the capital.

The programme is led by London & Partners with the support of corporate partners including: Collinson, KPMG, Lloyds Banking Group, Taylor Wessing & WSGR.

For more information on the winners and how they were chosen, please visit: https://business-awards.london/

Table showing the current number of unicorn companies across major European cities (excluding companies that have been acquired). As at February 2019.

Table showing the total number of unicorn companies produced across major European cities from 2010 to Feb 2019 (including companies that have been acquired). As at February 2019.

Caveat #1: our sources only include public data (e.g. press articles, blogs and industry rumours), and the accuracy of our dataset is limited to the disclosed data as at 20th February 2019.

Ahead of GP Bullhound's annual release of the European Titans of Tech, we analysed over 500 European start-ups that have raised over $20m since 2014 to obtain a preliminary sub set of 60-70 companies with the most potential to become $1bn companies in the next 2 years. We will update the list closer to the official release of the research report and will socialise with the best European investors in order to rank the companies from 1 to 50 to determine which have the most potential to reach a unicorn status over the next two years.

*All data above is provisional, sourced by London & Partners from fDi Markets, a service of the Financial Times Ltd, in February 2019. Final figures for 2018 data may be subject to change by fDi Intelligence at a later date*