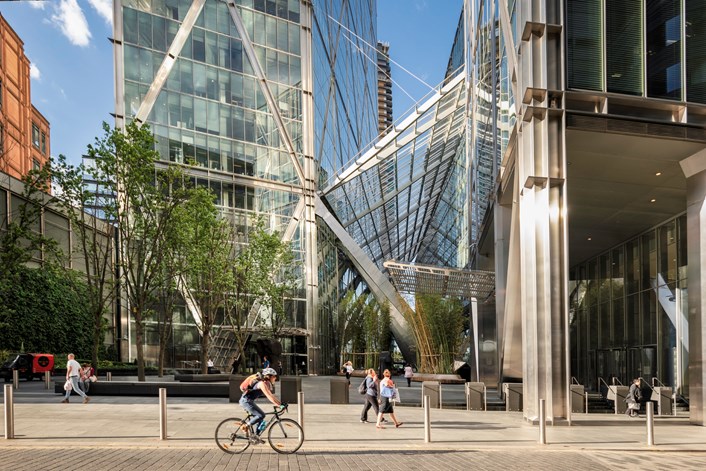 London is the top choice for Indian companies looking to setup an international operation, with latest figures from London & Partners showing that the UK capital attracted more investment projects from India than any other global city in 20181.

According to data from fDi Intelligence, the number of Indian companies choosing to expand in London reached an all-time high last year, with over three times the number of investment projects seen in 2017.

The news comes as London’s fastest growing fintech and enterprise tech companies touch down in India for a trade mission led by the Mayor of London’s International Business Programme. The companies will travel to Mumbai, Bangalore and Chennai, where they will meet with investors, Indian business leaders and policy makers as they explore opportunities for growth in the Indian market.

Indian companies are showing a strong appetite for investing in the UK as a whole, with the research revealing it was the number one country for Indian businesses expanding overseas.

Investment into the UK from India grew by over 100% compared with last year, with the UK attracting more projects than the United States, Germany and the UAE. London’s global appeal saw the British capital account for over 60% of all Indian investment into the UK in 20182.

Some of India’s fastest growing companies announced investments in London in 2018 including major online taxi giant, Ola, choosing to open a new office in London alongside Bangalore headquartered IT consulting firm, MindTree which announced it expansion to create 120 additional roles with a focus on Artificial Intelligence. Over the past ten years, Indian companies have added £2.49bn in capital expenditure and created over 5,691 new jobs for London’s economy.

London’s global financial centre and thriving technology sector are a major draw for Indian companies, with Software & IT services (39%), Business Services (20%) and Financial Services (15%) accounting for the majority of all investments from India into London in the past ten years. Other major Indian firms to invest in London since 2009 include; WiPro, Tata Consulting, HCL Technologies, Infosys and State of India Bank.

"OYO Hotels, India’s largest hotel chain, recently announced significant investment plans for London and the UK which has seen the firm create over 120 jobs and partner with an initial 50 properties in London, Birmingham, Manchester, Blackpool and Edinburgh during its first seven months. Backed by investors including Softbank, Airbnb, Sequoia and Lightspeed, OYO plans to invest £40 million in the UK in 2019."

Separate findings from Grant Thornton’s (Grant Thornton UK LLP) 2019 India meets Britain Tracker revealed that Indian businesses are increasingly making an important contribution to the UK economy, with a record 842 Indian companies operating in the UK, up from c. 800 in the previous year. The report also showed that London continues to be the preferred location for more than half (53%) of the 62 fastest growing Indian companies.

Laura Citron, CEO of London & Partners said: “We’re delighted that a record number of Indian businesses have chosen London as a base for their international expansion and we look forward to welcoming more ambitious companies to our city. As one of the world’s fastest growing economies, we also see lots of opportunities for London companies to do business in India, especially in sectors such as technology and financial services where we have shared strengths. Our upcoming trade mission will provide a great opportunity for us to explore how London can increase collaboration with some of India’s leading business hubs in areas such as fintech and enterprise technology.”

"We are very excited to launch in London and the UK, and are very encouraged by our progress so far," said Jeremy Saunders, head of OYO UK. "This is one of the most advanced and innovative hospitality markets in the world, and OYO is extremely proud to now be a part of it."

To coincide with their involvement on the trade mission, London-based fintech CreditEnable will be announcing the launch of a pan-Indian initiative called the CreditEnable Changemakers Programme together with its partner CAIT, the Confederation of All India Traders.

The Changemakers programme is the largest mobilisation initiative ever attempted to help secure affordable credit for SMEs. The initiative will mobilise more than 1000 individual CAIT members and 40 000 of CAIT’s member trade associations across India with the aim of reaching CAIT’s 70 million SME borrower base and helping them to secure more than 30 billion USD of affordable credit from the lending institutions that are currently participating in CreditEnable’s technology enabled marketplace.

Other London businesses travelling as part of the trade delegation include: McLEAR, a wearable technology company specialising in mobile payments, whose inventions include a Smart Ring, allowing customers to make contactless payments and banking analytics firm, AccountScore, which already has an office in Mumbai, a data centre in New Delhi partners and with Equifax in the UK and India.

Emma Steeley, CEO of AccountScore said: “India and London share strengths in financial services and technology, making India a natural market for our international growth. We already have an office in Mumbai and customers across India but our participation on the London & Partners trade mission will provide new opportunities for us to explore collaborations and meet with stakeholders in some of India’s fastest growing fintech hubs.”

Nadia Sood, Founder and CEO of Credit Enable added: “India is bubbling over with opportunity, promise and above all, entrepreneurial talent.  About 1 million young people come into the workplace every month in India and SMEs are the most likely part of the economy with the potential to create those jobs. But while there is ample supply and demand for finance, there is far too little connectivity between the two. Instead, a dysfunctional credit market means SMEs are borrowing informally at 30% interest. This represents an unparalleled opportunity for financial institutions to lend to them far more competitively. We are delighted to be involved in enabling credit to flow to these dynamic firms and to be participating in this exciting delegation as we continue to explore opportunities in India.”

Earlier this week a new tech hub to promote business between the UK and India was opened by investment minister Graham Stuart and High Commissioner of India Ruchi Ghanashyam. The UK India Tech Hub will be officially opened in the £1.7bn Royal Albert Dock business district in East London and will promote cross border support for early stage tech firms between the UK and India, focusing on fintech, blockchain and AI as well as smart cities tech.

London & Partners has offices in Bangalore and Mumbai, with staff providing on the ground support for companies looking to do business between London and India. As well as running international trade missions to India, London & Partners will be hosting a delegation of Indian businesses in London to coincide with the 2019 Cricket World Cup finals and Europe’s largest festival of innovation and technology, London Tech Week.

About the Mayor’s International Business Programme

The Mayor’s International Business Programme, is a programmer run by London & Partners and part funded by the European Regional Development Fund (ERDF), that aims to support high-growth companies in the life sciences, technology and urban sectors to increase their export success across a range of key markets in Europe, Asia and North America. To date the Mayor's International Business Programme have supported over 600 high growth London companies to win business in international markets.

For more information on the programme, please visit gotogrow.london