You are here: Newsroom > News > Honey, I'm taking the kids to London: a long family weekend in the capital

Honey, I'm taking the kids to London: a long family weekend in the capital 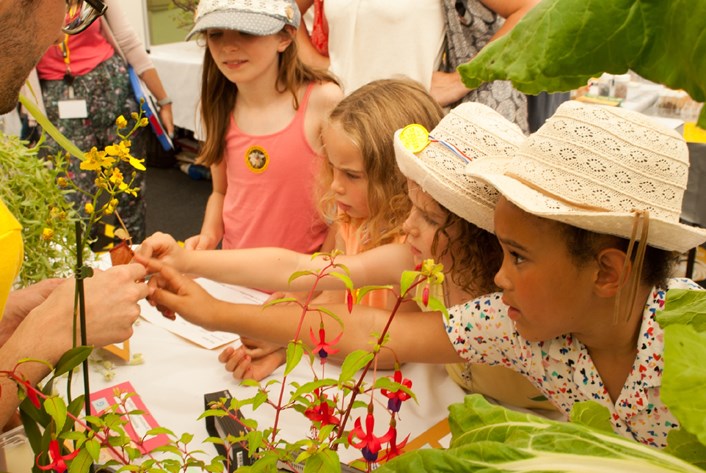 With the August bank holiday just around the corner, Visitlondon.com shares its top picks for a fun family stay in the capital, at any time of year. No stress and great memories guaranteed!

The capital has no shortage of things to do with children. From educational visits to iconic attractions, it’s easy to keep kids of all ages entertained.

Wonderlab: The Equinor Gallery at the Science Museum will delight even the most curious of young minds thanks to 50 incredible exhibits exploring the marvels of science. With maths, space, chemistry and more, watch as your kids learn and take part in demonstrations led by the team of Explainers. Wonderlab: £8-£10, family rate available. Access to the museum is free

The nearby Natural History Museum won’t disappoint either. Get the kids acquainted with planet Earth’s history with a walk through the dinosaur era and introduce them to Hope, the 25.2-metre-long blue whale skeleton which has now replaced Dippy the Diplodocus in the Hintze Hall. Access to the museum is free

History buffs will love the Museum of London, where children and adults alike will learn about the city’s past through interactive displays and specially conceived family activities. Don’t miss Beasts of London, an immersive tour of London’s history narrated by the animals who once inhabited the city, on until January 2020. Access to the museum is free

Across the river, near Tower Bridge, theatre lovers can initiate little ones to the stage at the Unicorn Theatre, which offers productions suitable for children as young at 6 months-old. Some of them are even dedicated to babies and toddlers. Prices vary per production

For more history, head to Greenwich where kids can become pirates aboard the Cutty Sark, the world’s only surviving tea clipper, while mums and dads can treat themselves to a hearty afternoon tea! £6.75-£13.50

Lovers of British pageantry won’t want to miss the Changing of the Guard ceremony at Buckingham Palace (free), while shopaholics can explore London’s many unique stores such as Leicester Square’s Lego shop – the biggest in the world,  the pretty Benjamin Pollock’s Toy Shop, the Moomin Shop and the Tintin Shop, all three in Covent Garden.

Finally, don’t leave without going for a stroll along the river Thames on the South Bank which is packed with many family must-dos, such as the Coca-Cola London Eye, Shrek’s Adventure! and SEA LIFE London Aquarium. Prices vary per attraction

Whether it’s an urban oasis or country feels you’re after, London has it all. With a third of the city classified as green space, and recently named the world’s first National Park City, the metropolis offers countless spots to put down a picnic blanket and relax, or socialise with the local fauna.

Head to St James’s Park for friendly squirrels and a stroll around the lake. Don’t miss the pelicans’ feeding time, every day between 2.30pm and 3pm, by Duck Island Cottage. Over in south-west London, Richmond Park is the largest of the capital’s eight Royal Parks, and a local favourite. Kids will love the sight of the herds of wild deer and enjoy running across the park’s wide-open spaces.

The Square Mile, as the City of London is often known, is home to a plethora of gardens. Explore this network of tranquil spaces with a guided walk by a City of London Guide (available May – October). Free for under 15, £10 for adults

For those looking for adventurous activities, the Queen Elizabeth Olympic Park is the place to be. Go for a walk in the parklands or hop on a boat for a tour on the canal, then emulate the world’s greatest athletes with a swim at the London Aquatics Centre or give track cycling a go at Lee Valley VeloPark. Prices vary per venue

Hotels for all budgets

Whether you’re after budget or five-star, there are lots of family accommodation options across London.

In the West End, St James’s Hotel and Club offers a range of options for families. Interconnecting rooms are available across most room categories, and kids even get a free Superior or Deluxe room when you book a Junior or Deluxe Suite for a minimum of two nights. Families will also be able to take advantage of the Kids Concierge, who can provide top tips for activities to keep the kids busy.

Premier Inn hotels offer spacious rooms in top locations across London. Family bedrooms include large double beds as well as two pull-out or sofa beds at no extra charge, and kids under 16 can stay and get breakfast for free. With locations such as County Hall, Bank, Tower Hill, Greenwich and Leicester Square, you don’t need to break the bank to spend the weekend at the centre of things.

In Clerkenwell, The Zetter hotel not only offers connecting rooms, but also includes all the littles extras which will make mum and dad’s stay easier (like baby video monitors and cots) and the kids feel extra special (colouring books, crayons, kids bathrobes). On top of this, the hotel restaurant offers kids breakfast and dinner menus. Anyone for a £6.75 three-course meal?

Tasty treats for the whole family

Eating out with the family can be daunting, but not with these kid-friendly spots!

If sitting still at the table isn’t your family’s cup of tea, then Bounce is the place for you.  Both restaurants in Farringdon and Old Street are available for bookings and will serve you a delicious selection of pizzas, chicken wings and other favourites, all while you’re battling it out around the ping-pong table. Table booking from £4 per person

For those with a sweet tooth, head to One Aldwych, in Covent Garden, where you can indulge in a Charlie and the Chocolate Factory-inspired afternoon tea. Expect mouth-watering savouries followed by sweet treats that would delight even Willy Wonka. £45 per person

For breakfast cereal lovers, there is no better place than the Cereal Killer Cafés, located in Camden and Brick Lane. Take a step back in time with the kids and choose from over 120 colourful cereals from Lucky Charms to Cookie D’oh – and don’t forget the ice cream on top!

Once the bags are dropped and the itinerary sorted, it’s time to venture out and introduce the kids to their capital city. And it couldn’t be easier thanks to London’s vast network of public transport.

Kids from 0 to 11 years-old travel for free across the Transport for London network. This includes buses, trams and tubes, TfL Rail and some National Rail services. Under 5s also travel for free on river boats, while 5-10 year-olds can benefit from a child fare.

If it’s your first time in the city, why not take in the sights from the river Thames? Get a unique perspective on the city with MBNA Thames Clippers’ river buses, which offer four routes, taking you from Putney in the west to Greenwich in the east. Once there, you can even jump aboard London’s very own cable car, the Emirates Air Line.

For some extra adventure, hop on a bike and make use of London’s many cycle routes. From Hyde Park and Buckingham Palace to Covent Garden and the City of London, you‘ll be able to cover all the sights.

For more advice and suggestions on travelling to London with kids, visit the city’s official visitor guide, visitlondon.com

Visitlondon.com is the official visitor guide to London and is run by London & Partners, the Mayor of London’s official promotional agency. London & Partners’ purpose is to support the Mayor’s priorities by promoting London internationally as a leading world city in which to invest, work, study and visit. Visitlondon.com is a comprehensive resource for everything that is happening in London. At any one time, this includes 20,000 event listings, plus content designed to inspire and assist visitors. Each month visitlondon.com attracts more than 3.5m visits and its social media channels have 1.75m followers.