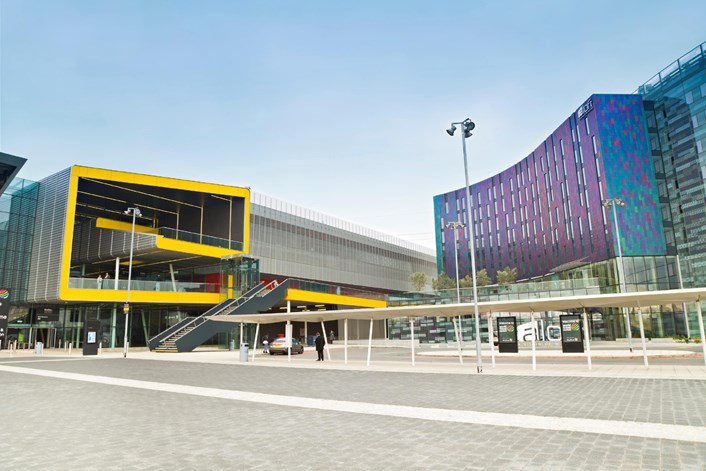 London continues to be a leading destination for European meetings and event planners with a host of exciting new hotels, venues, restaurants, incentive experiences and transport links helping to strengthen the UK capital’s MICE offer.

From leading international association meetings and exhibitions to top global brand events, 2019 is set to be another big year for London’s MICE industry. Latest bookings data from London’s largest conference venue, ExCeL London, shows that London remains a hot spot for European event and conference planners, with a 25% uplift in bookings from European clients so far this year.

London’s attractiveness as a place for global meetings and events has been further boosted by the news that it is the most connected city with Europe and the rest of the world, with new research commissioned by the London Convention Bureau showing that the UK serves more European and Global flight destinations than any other European city.

According to RDC Aviation, which analyses city flight data, the latest figures show that London has direct air connections to 401 destinations around the world and more connections with Europe (243 routes) than any other European city1.

London’s connectivity with Europe is also strengthened by its high-speed train links, with Eurostar routes to cities across France and Belgium, as well as a new service between London and Amsterdam.

Other new transport infrastructure such as the upcoming Northern Line extension and the launch of the Elizabeth Line will make it even easier for business travellers to get across London.

Taking advantage of the strong transport links between the two regions, London’s Convention Bureau recently announced a new partnership with the Paris Convention and Visitors Bureau that will see the two cities join forces to offer a new range of exciting, two- in-one incentive travel products.

A number of global brands such as Adobe, Salesforce, Amazon Web Services, Oracle, Google and Microsoft will also be hosting large scale corporate events in London this year. 2019 will also see the city welcome over 55,000 visitors for London Tech Week in June and around 11,000 delegates to Sibos, one of the world’s leading financial services conferences.

Barbara Jamison, Head of Business Tourism for Europe at London & Partners said: “London is a truly global city and our strong links with Europe and the rest of the world make it a top destination to host an international conference or event. We’re excited to see the fantastic range of new venues, restaurants and hotels openings across the city. From blank canvas warehouse spaces and trendy pop ups, to purpose-built meeting rooms, conference centres and state-of-the-art-auditoriums, London is a place where creative and innovative event ideas and concepts thrive.”

James Rees, Executive Director for Conferences and Events at ExCeL London added: “The number of high-profile associations and corporations that are now choosing London is an endorsement of the city’s position as a world-class location for meetings and events, as well as being a global centre for learning. The world-renowned attraction of London is responsible for delivering record breaking attendance with events at ExCeL seeing an average delegate uplift of 20%.”

Chantal Vanes, Head of Sibos said: “We are very excited to be bringing Sibos to London for the first time, this year. London is one of the world’s great financial centres. It’s a city where business, creativity and innovation converge – and that’s why it’s the perfect place for Sibos 2019. While providing a great venue to do business, London’s ever-changing cultural offering, spanning world-class museums, theatre and the arts, will also allow delegates to enjoy their experience at the world’s premier financial services event to the fullest.”

From royal palaces and world-class museums to high tech venues and outdoor spaces, London is home to a diverse range of over 1,000+ venues, 20,000+ restaurants and 1,600 hotels to suit all budgets and tastes.

Some of the latest hotels, venues and restaurants set to open in London over the next few years include:

The London Convention Bureau will once again exhibit at IMEX Frankfurt along with a host of venues, accommodation and service providers from the capital (see a full list below).

All press images can be downloaded HERE

Full list of partners exhibiting on the London stand at IMEX Frankfurt include:

About London Convention Bureau
London & Partners is the official convention bureau for London. As part of the Mayor of London's promotional company, our team can help you access the widest range of London event space, unusual conference venues, business hotels and event planning available in this top congress destination. http://conventionbureau.london/