You are here: Newsroom > News > 2019 US sport takeover in London

2019 US sport takeover in London 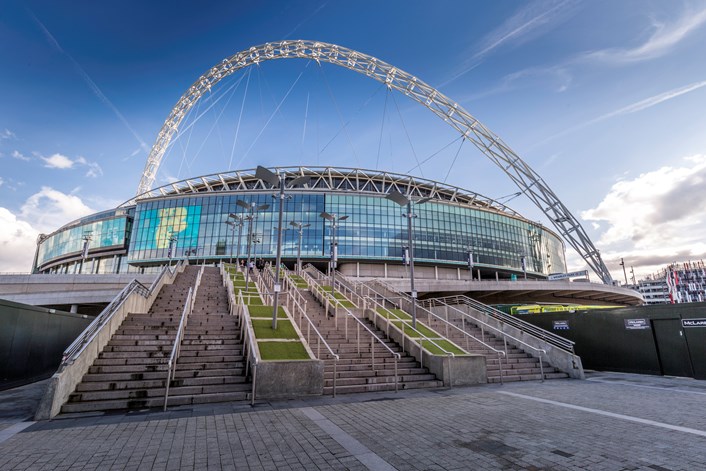 American sports will be in the spotlight in London this summer as more US athletes and events than ever before choose the UK capital as their second home.

From NFL to Major League Baseball, World Cup Cricket to international tennis championships, heroes and heroines like Mookie Betts and Serena Williams will be embracing the London life in the next few months, in some of the top venues in the city.

The thrilling new season of sporting events is set to inspire the ever-growing number of US visitors and sports fans from across the world to discover the UK capital.

New government data has revealed that 2018 saw a record 2.6m visits to London from the USA, with live sports events playing a key role in attracting tourists.1,2

The capital’s exciting events calendar will have something for all American sports fans, whether they have a ticket or simply want to be part of the buzzing atmosphere.

Upcoming highlights include the legendary Boston Red Sox going head to head with the New York Yankees, Serena Williams aiming for a record-breaking 24th title at Wimbledon and the NFL hopping over the pond for four matches as it celebrates its 100-year anniversary.

London has an impressive record of hosting global sporting events, from the 2012 Olympic and Paralympic Games, where Michael Phelps made swimming history, to the NBA when the Washington Wizards defeated the New York Knicks in January of this year and the capital has played host to NFL games since 2007.

Speaking of his experience playing in the capital, Tom Brady, six-time Super Bowl winning quarter back of the New England Patriots said:

“Playing in London is something we will remember for the rest of our lives. It's a privilege for the players to come to London and enjoy that experience.”

“It was like a Super Bowl, all the flashbulbs going off and the fans waving their flags for the first five minutes of the game. You don't see that too often.”

“We are so excited to have so many US athletes and events in London for the first time, bringing fans from all over the world together in their shared love of the game - be it Major League Baseball, NFL or World Cup Cricket.”

“American visitors will be able to see their sports heroes from home battling it out across the Pond in some of the most famous venues in the world, from Wembley Stadium to London Stadium. We can’t wait to welcome US players and fans to our city for an unforgettable year of sport!”

US sporting legends’ London takeover - where to see the action

From fan zones and public screenings to behind-the-scenes tours of some of the city’s most famous sporting venues, VisitLondon is celebrating some of the many other ways in which international visitors can soak up the fun...

ICC Cricket World Cup (30 May – 14 July)
Kia Oval and Lord’s
With the International Cricket Council (ICC) announcing USA Cricket as its 105th member in January 2019, the second most popular sport in the world (after soccer) is starting to gain real traction among US sporting fans. See where it all began in the home of cricket.

Where to watch: get a taste of this quintessentially British sport by watching the live Final (14 July) on a giant screen at London’s iconic Trafalgar Square, with a free-to-enter fan zone and plenty of cricket-themed activities. Find out more here.

Explore the venue: Lord’s, widely referred to as the ‘home of cricket’, runs tours seven days a week, where visitors can get a unique glimpse behind the scenes at the Pavilion and the Dressing Rooms and sit on seats usually occupied by the England national team. You can also take a traditional British afternoon tea in the iconic surroundings of the Lord’s Long Room. Book tickets here.

MLB is heading to Europe for the first time and to mark the historic occasion it is sending two of the most successful teams, the New York Yankees and Boston Red Sox. This will be the only time the two clubs have met during the regular season in a city that was not New York or Boston. See where history will be made at the London Stadium.

Where to watch: head to the trendy Truman Brewery in East London’s Brick Lane for a festival of all things baseball. Red Sox vs Yankees will be played on a giant screen and fans can tuck into street food inspired by classic stadium snacks. Find out more here.

Explore the venue: sports fanatics can witness the home of the action by going on a tour of the London Stadium in Stratford, which was also home to the legendary 2012 Olympic Games. Visit the dressing rooms of English soccer players, stand on the track used by track superstar Usain Bolt and pose for a photo on the medal-winners podium. Book tickets here. Just next door within the Olympic Park, visitors can also fly down the world’s tallest tunnel slide at the ArcelorMittal Orbit. Book tickets here. Commonly known simply as ‘Wimbledon’ this is the oldest tennis tournament in the world and seen by many as the most prestigious. In 2018, 29 million Americans tuned in to ESPN for the tournament, with just under 3 million watching Serena Williams in the final. Be inspired with a visit to the world-famous grounds.

Where to watch: treat yourself to some strawberries and cream while you watch the Wimbledon drama unfold on the big screen from a deck chair on a floating pontoon at St Katherine Docks, beneath the vine-tangled terrace of Paddington’s Pergola on the Roof or in the sunshine at Skylight London, a pop up rooftop bar at Tobacco Dock.

Explore the venue: go behind the scenes with a visit to Wimbledon Lawn Tennis Museum and a 90-minute tour of the grounds, where you’ll walk through the same doors as some of the most legendary players in history, from Pete Sampras to Serena Williams and Roger Federer. Book tickets here.

Some of the biggest names in NFL will take part in these historic fixtures. Stars from the Raiders such as Antonio Brown will take on last year’s play-off contenders the Bears. It will also be a big moment for the Panthers who will make their first ever appearance in the UK to take on the Buccaneers in the first purpose-built NFL venue outside the USA.

Screenings are yet to be announced but last year three central London pubs were taken over for three weeks with American-themed food and drink with special guest appearances from former players. The NFL teams may visit Fuller’s pubs again this year so stay tuned...

Tottenham Hotspur Stadium is the magnificent official new home of the Premier League soccer giants otherwise known as ‘Spurs’ and the soon-to-be battleground for the Bears-Raiders and long-term rivals Buccaneers-Panthers. With the longest stadium bar in Europe (65 meters), its own microbrewery and 65 food and drink outlets the stadium is bound to impress. Guided stadium tours of the 60,000+ capacity stadium will soon be available. Find out more here.

After three straight sell-outs of the NFL London Games at Wembley in 2018 culminating with a record-breaking crowd of 85,870 for the Eagles and Jaguars, there’s no doubting the 2019 games will be a success. First the defending NFC champions, the Rams, will take on the Bengals. Finally, the Jaguars will stage their seventh annual home game in London against first-time visitor the Texans.

Follow in the footsteps of sports and music Legends as you explore behind-the-scenes of one of the most famous stadiums in the world and the home to the England national soccer team. The award-winning Wembley Stadium Tour includes the Dressing Rooms, the Press Conference Room, Player’s Tunnel, Pitch side and the iconic Royal Box. Stand out musical events for 2019 include the Spice Girls, Fleetwood Mac, Billy Joel and the Eagles. Book tickets here.