You are here: Newsroom > News > 2017 record year for London and UK tech investment 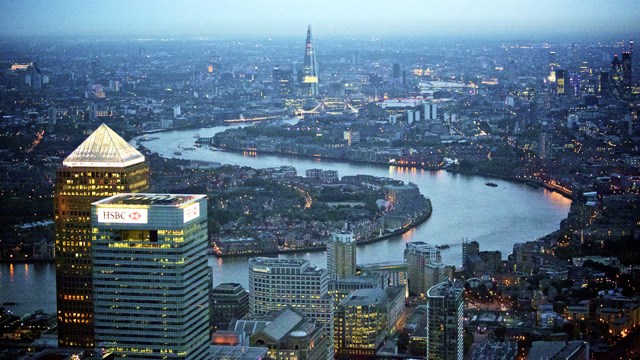 2017 was a record year for UK tech investment, with London-based firms attracting the lion’s share of funding

2017 was a record year for UK tech investment, with London-based firms attracting the lion’s share of funding, according to data from London & Partners. The findings also revealed that the UK is Europe’s leading country for global tech investors, with British tech firms attracting more venture capital funding than any other European country in 2017.

According to data compiled for London & Partners by PitchBook, venture capital investment into the UK’s tech sector reached an all-time high in 2017 with UK firms attracting £2.99 billion – almost double the total amount invested in 2016 (£1.63bn)1.

London’s tech sector continues to fuel the growth of the UK’s digital economy, with the capital’s tech firms raising a record £2.45 billion and accounting for around 80 per cent of all UK venture capital tech funding in 2017. Some of the biggest deals last year included a £391m Series B investment into Improbable, Deliveroo (£364m) and Truphone (£255m).

Further analysis of the data shows that the UK and London remain the favourite destination in Europe for tech investors. UK firms attracted almost four times more funding in 2017 than Germany (£694m) and more than France, Ireland and Sweden combined. London tech companies also raised significantly more venture capital investment than any other European city, including Amsterdam, Berlin and Paris.

The Mayor of London, Sadiq Khan, said: “Today’s record investment figures are further proof that London is the undisputed tech capital of Europe and I am committed to ensuring we take over from Silicon Valley as the world’s leading tech hub.

“Technology entrepreneurs and businesses are attracted to our great city for its diverse talent pool and unique business ecosystem and I am determined that London remains open to investment and the best tech talent from all over the world.”

Eileen Burbidge, Partner at Passion Capital added: “The UK remains one of the world’s leading hubs for technology investors and it is no surprise to see that UK tech companies attracted double the amount of venture capital financing than any other European country last year.”

“It’s a testament to our exceptional entrepreneurs that the UK tech sector continues to produce companies that are leading in the development of cutting edge technologies such as artificial intelligence and fintech. This environment and ecosystem of innovation presents tremendous opportunities for investors and will help to attract global investment into the UK’s digital economy for many years to come.”

Fintech was the leading sector for investment in 2017, with UK financial technology firms attracting a record £1.34 billion in VC funding. London’s fintech firms led the way, accounting for over 90 per cent of all money raised by UK fintech firms last year. 2017 saw major funding rounds for financial technology companies such as TransferWise (£211m), Funding Circle (£81.9m) and Monzo (£71m).

Last year saw a number of the world’s leading tech companies pledge their long-term commitment to the capital, with significant investments from Amazon, Apple and Google. In the second half of last year, Spotify announced it will expand its R&D operation in London and double its headcount, while US tech giant Facebook confirmed it will create an additional 800 jobs for its new London headquarters.